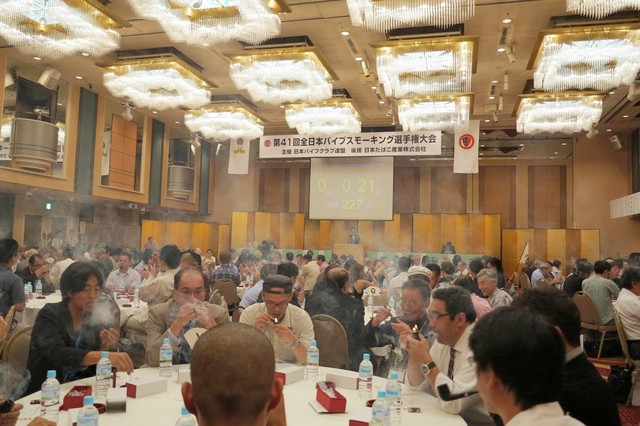 A handful of us from the Singapore Pipe & Cigar Smokers group attended this event in Asakusa on September 14th.

The Pipe Club of Japan was established with 16 clubs in 1974.

Today, there are 33 active clubs and several non-active clubs and total number of members is about 500. Each club holds their own regular meetings monthly or bi-monthly. Each year in autumn there is All Japan Pipe Smoking Championship held in various parts of Japan.

This year there were 227 contestants.

Each was given a pipe (made by Fukashiro), a tamper, 2 matches and 3 gms of tobacco – this year’s champion lasted over two hours.

For the record, the reigning world champion is an Italian who lasted more than three hours!