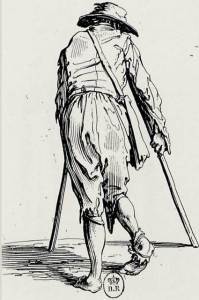 Some time ago, a plastic surgeon boasted that she spent a couple thousand bucks on a pair of panty hose.

If you gasp, then she’s got the reaction that she wanted.

Well, I guess if you have it, you are entitled to flaunt it, but some people collapse when they have nothing to flaunt.

A friend who had to sell off some of his most prized possessions when he hit the hard times told me he felt naked without his 100,000-dollar solid-platinum tourbillion watch lined with diamonds. His wife felt inferior when she had to sell off her 70,000-dollar handbags and go around just using an unbranded handbag. They were ashamed to tell people that that they now live in a small apartment and no longer in a bungalow in district ten. They were miserable because their crutches were gone. It was like the rug had been pulled from under their feet. No longer on anyone’s A-list and not being members of the upper class and international jet set any more made them feel like shit.

We live in a materialistic society where people are judged according to the clothes they wear, the restaurants they patronize, the handbags they carry, and even the breed of their pet dogs so it is understandable that some people feel not up to snuff when they eat at food courts while their friends are posting pictures on social media of their gourmet meals at Michelin-starred restaurants or how they vacation at St. Moritz or how they luxuriate in first-class suites on Singapore Airlines or how they could bypass the two or three year wait for a 10,000-dollar Birkin because they have VIP status at Hermes. (Gentle reminder to the uninitiated: prices are in US dollars, mind you.)

As an aside, if you take a cold, hard look, and scrutinize all those Birkin or Chanel bags on the arms of practically every other Ah Lian in town, one can’t help but wonder if they are all the real McCoy. People are not stupid. They know a show-off when they spot one. Plus they look at how old you are, estimate how much you earn and they can conclude that (1) you have maxed out your credit or debit card, meaning you possess zero financial literacy (2) you have a rich husband/boyfriend/lover (3) you come from old money (4) you have done something to get the kind of money to buy such a bag, oh my goodness (5) your bag is a fake, God forbid! (6) your bag is one you rented from one of those bag rental places, tsk, tsk (7) your bag is second-hand, meaning a used bag that once belonged to someone else, what a poser you are! (8) you did something for someone he felt so bloody good he gave you a 10,000-dollar bag, oh what a slut you must be!

How pitiable is that? How pathetic are you?

In my late 20’s I was flushed with money from a good job and I had little financial commitments so I splurged a lot on myself.

From the top of my head to the tip of my toes I was drenched in designer togs.

It took me years to realize how crude I was flaunting all that, how distasteful I had been and how idiotic I was trying to keep up with the Joneses.

It took me a while before I realized that whatever I own owns me.

I now live in a crutch-free world.

Nowadays I am embarrassed to be seen with anything branded or expensive.