I Say, Carry On with the Torture 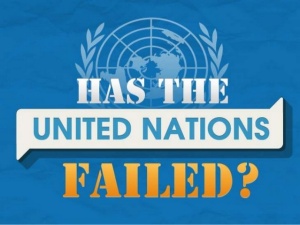 The UN and human rights groups have all gone apeshit and have called for the prosecution of US officials involved in what a Senate report called the “brutal” CIA interrogation of al-Qaeda suspects.

So how should cruel and heartless terrorists who masterminded for planes to fly and crash into buildings (and killing thousands of civilians) or hoodwinked the gullible to blow themselves up as suicide bombers or engaged in the bloody beheading of innocent people like journalists and aid workers be treated?

The good-for-nothing parasites and bureaucrats proliferating the UN and all those clueless losers screaming about human rights should pull their swollen, crap-filled heads out of the sand and get real for once.

I’m sure these morons sitting on their fat asses and drawing big salaries have some really great ideas on how they can extract intel from the evil doers of the world without deploying some tough, coercive interrogation techniques.

I’m sure they are keeping the world safe.