When You Need a Little Laughter 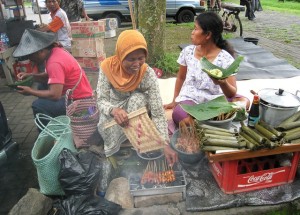 This is the time of the year when people send out year-end letters to friends to update them of their year’s activities. This rather old-fashioned and tiresome habit has long lost its luster – it’s as painful as sitting through a slide show of some egomaniac’s vacation pictures. It’s scary that some people even assume that others want to know how each month in their 2014 went. (Yup, some of these letters are broken down into months, gosh!) I was disappointed that a supposedly closed friend deliberately left me out of her recipient list but am relieved to be spared the probably cringeworthy details. It was an embarrassing moment for her when she realized that I now know that I wasn’t one of those deserving enough to receive her update, despite us being friends for 20 over years. The moment came when a third person whom she has only just met this year – and who received her update – asked in front of my friend if I too had receive my friend’s update. It was the perfect Korean soap opera moment. I could almost hear the accompanying music!

Anyway I find letters to the press more fun to read. Most, unlike many of those vainglorious annual updates provide endless hours of amusement.

On Wednesday a 20-year-old national serviceman wrote in to say how tough it is to be in basic military training; while lamenting about the hardship he faces, he pleads for people to give up their seats in public transport for NS men like him so that they can get some rest before another tiring week.

Hello, Mr Strawberry, earlier generations of NS men were trained by the Israelis and they had had to roll naked on the parade ground among other practices, so please don’t talk to me about hardship ok. Man up will you? Sissies are losers!

Another writer felt there have been too many rape scenes on local dramas.

She claims this is how TV stations “sensationalize TV shows without contributing anything meaningful to society.”

She is of the opinion that such shows demean and objectifies women by having them raped on screen.

Dear Madam Loke, (that’s the self-righteous prude’s name), if I’m not wrong, the drama seeks to reflect events of the olden, lawless days in a historically-correct manner and some women were indeed raped then. I don’t think rape scenes dominate – for that one has to turn to Bollywood. Moreover, the rape scenes on local TV weren’t depicted like porn. But should the producers whitewash away those criminal acts anyway? Or are you suggesting that women should not be “raped on screen” – your very own words – but behind some other screens so you can carry on your life merrily thinking that such atrocities don’t happen in order that you can stay forever in a state of denial?

In yet another newspaper, yet another half-wit moron has lobbied to make Singapore a smoke-free zone. Yet again.

Sure I support that.

From now on, no more stir-frying of food, ban satays, (see picture above), imprison people who grill their steaks, shut down all bak kwa stores and shoot all those who burn incense in temples. Plus no more barbecues; cars should be banned, only bicycles allowed. How about that? And no farting, burping and belching too.

The number of stupid people in our midst simply staggers the imagination!