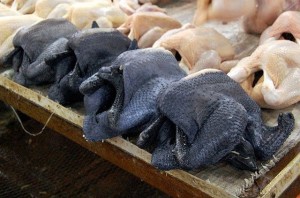 I’m all for political correctness, but when it becomes almost criminal to wish an American “Merry Christmas” because he might not be a Christian, and can become offended, or when Christmas trees are banned at some premises because they may upset adherents of other religions, then this political correctness shit, in my opinion, has gone too far.

Things have become so ridiculous, all in the name of political correctness. Where is common sense? Common sense, apparently, isn’t that common.

Let’s first get the context right. In a TV interview in the US, his words leading up to his usage of the word “colored” were all about praise for fellow Brits David Oyelowo and Chiwetel Ejiofor, both black.

Cumberbatch said “I think as far as colored actors go it gets really difficult in the UK, and a lot of my friends have had more opportunities here (in the US) than in the UK and that’s something that needs to change.”

He didn’t use the word “colored” in a derogatory manner.

His comments were quickly criticized online by people who had nothing better to do. Instead of just sticking to scratching their scrotums in silence, they accused him of using an “outdated term that has the potential to cause offense due to the connotations associated with the term and its historical usage.”

This, despite not a pip squeak from the organization established to fend for the rights of black people, and which to this day, continues to call itself the NAACP, acronym for the National Association for the Advancement of Colored People. (It once called itself The National Negro Committee.)

The actor, who is a nominee for actor in a leading role at the Oscars (and the voting for that is still taking place) was obviously afraid that his supposed gaff will affect his chances of winning so he immediately tried to save his ass by apologizing profusely. Damage-control mode, geddit?

He issued a statement saying “I can only hope this incident will highlight the need for correct usage of terminology that is accurate and inoffensive.

“The most shaming aspect of this for me is that I was talking about racial inequality in the performing arts in the UK and the need for rapid improvements in our industry when I used the term.

“I feel the complete fool I am and while I am sorry to have offended people and to learn from my mistakes in such a public manner, please be assured I have.

“I apologize again to anyone who I offended for this thoughtless use of inappropriate language about an issue which affects friends of mine and which I care about deeply.”

Trust me, soon enough, the words “black” or “African American” will also be considered politically incorrect.

What are we to do?

Talking about chickens, I love black chicken soup. How do I purchase a black chicken in a politically correct manner, if in future even the term “black” when referring to the pigmentation of living things are no longer deemed acceptable?

My question is totally irrelevant right?