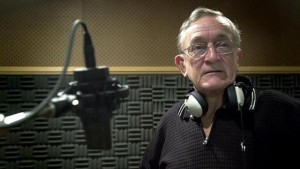 I first met Mike when I was in my 20’s – I wrote scripts for him – and over the years I have continued to keep in touch with him. The last time I visited with him was in Chiang Mai in 2012.

I will never forget this humble man and his great sense of humor. Mike was a pioneer in broadcasting in this part of the world, having first set foot in this region in 1949. He returned to the UK in 2013.

In his later years, Mike suffered a stroke, but eventually succumbed to lymphoma.

You will be missed.

Mike with Millie Small of My Boy Lollipop fame.