An Axe I Can Smoke 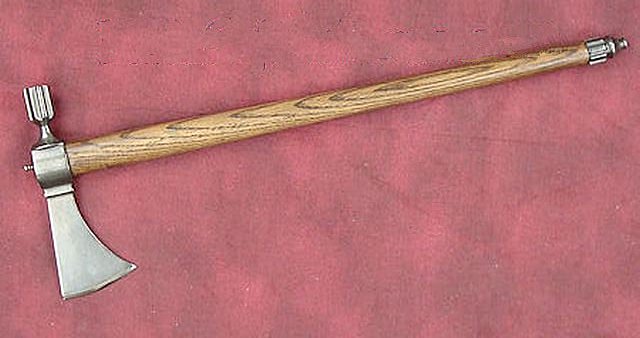 The Tomahawk is an iconic weapon associated with Native Americans. The word is an anglicized version of the Algonquian ‘’tamahaac’’ meaning ‘’what is used for cutting.’’

The Pipe Tomahawk – more than 18 inches long –  is particularly unique because its hammer head (top left) is a pipe and a hole is drilled through the shaft so that it can be smoked from the tip of the handle (top right). Thus, in a single object the two dichotomies of New World encounters are symbolized; that of the axe of war or the pipe of peace. These Pipe Tomahawks were often gifts for inter-tribal diplomacy or Colonist-Indian peace treaties. They were prized by the Chiefs who received them.