What Aussies do with Pandies 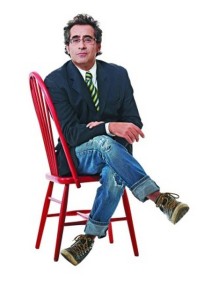 I am not saying Aussies are dumb but I came across this Q&A column entitled Modern Guru, when I was last there and it’s hilarious enough to reproduce what I read in full:

QUESTION: A friend was walking down a street when he felt something in the lower leg of his jeans. Upon shaking his foot a previously worn pair of underpants fell out. In his embarrassment, he stepped over them and kept walking. What should he have done?

ANSWER by Danny Katz: I know this problem, it’s pretty common among men, because when we undress at night, many of us like to drop our pants and undies in a neat little pile on the floor – a discreet unit we call “Pandies”. Then, in the morning, we step back into them, yanking them up in one fluid motion, like a firefighter stepping into a Hazmat suit, but a reverse Hazmat suit, with all the hazardous material on the inside.

However, every now and then, we like to wear fresh undies – maybe it’s a romantic occasion, maybe it’s a quarterly BAS ritual – but when we put on the new undies, sometimes we forget that there are old undies already integrated into our pants, so they get forced into a leg-hole, working their way slowly down the pants’ leg (anything up to five hours, depending on the pants’ length, tightness and how many other old pairs of undies are already queued up in there).

Eventually, they will pop out the bottom of the pants at a random time of day. Then the best rule to follow is: don’t touch them if you’re in a crowd, or they’re just holes held together by waistband elastic, or they’re a G-string with an Angry Bird on the pouch. But it’s okay to pick them up if nobody’s around, or they’re pretty new, or they came out with the TV remote.

NOTE: Danny Katz is a Canadian-born author and newspaper columnist who writes for The Age, The Sydney Morning Herald and The West Australian. He is the Modern Guru in Good Weekend Magazine.