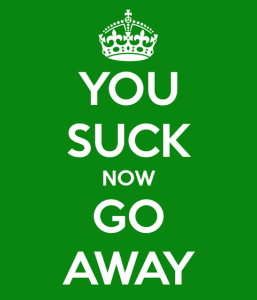 Ah Gu and I got along like a house on fire.

He smoked my Havana cigars and went on trips paid for by me.

I bought him meals at some real fancy places.

Couldn’t look me in the eye when we met.

One day he told me he won’t be sending me a gift hamper anymore. (He used to send one every year, around Christmas.)

I told him, not a problem. I’ve always insisted that there is no need for him to send hampers. “Our friendship is what counts,” I assured him.

Then he completely disappeared. My attempts at contacting him met with zero response. He hung up when I phoned him.

Some years later, friends whom Ah Gu continued to keep in touch with told me he had cancer.

I took the opportunity to email him, offering any assistance he may require and also remarked that I had noticed his silence and his distancing himself from me. I also mentioned that if this was due to something I did or said that had offended him, to let me know what it was so that I could apologize.

He replied that the last few years had been bad for him and long story short, he told me he has no interest now in spending time on things that don’t really matter. In other words “Fuck off!”

Till today I don’t know what has upset him. I admit I’m not Mr Perfect and that the utterances of my mouth and many of my actions have probably caused far too many people to be unhappy with me. (So what else is new?)

Obviously Ah Gu was resentful about something that I said or did, while I was completely oblivious about it.

Resentment is like drinking poison and hoping the other person will die.

That, to me, describes Ah Gu’s action perfectly.

It continues to eat him up while I continue to lead a happy, carefree life.

The learning point here is that one shouldn’t be hypersensitive and perceive a slight or an offense when there is none, otherwise it will kill you, that is, before cancer does; and if indeed one has been upset by the words or actions of someone, please be a man and have enough balls to confront the guilty party.

Many big-talkers either don’t have the courage to speak the truth in your face, (and worse, they attack you while cloaking their real identities or while hiding behind some façade) or they just beat a hasty retreat and make themselves scarce. (And to top it all, they are stupid enough to think that they won’t be found out.)

But I bet these chickens will not hesitate to bang down your door at 3am in the morning if they should ever need help.