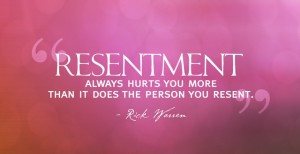 So at a late age, he decided to be a male nurse.

“I’ll be paid while undergoing training and once I pass out, I’m guaranteed a job for at least 20 more years,” he told me.

My text messages and emails to him were not responded to.

I’m one person who places a lot of value on friendships so despite not getting a response I continued to reach out to Ah Gong again and again.

Some time last year – four years later – he replied, saying he was upset with me, hence his silence.

He went on to elaborate that he was upset because four years ago when he told me he wanted to go into nursing, I had asked if he would be happy wiping people’s backsides for a living. And that pissed him off.

I meant it as a joke – yes, a stupid and horribly bad one – but imagine carrying that resentment in your heart for four long years?

Like Ah Gu, Ah Gong was allowing this to fester in his heart while I was completely oblivious of his unhappiness with me.

In the four years that passed I had accomplished much but imagine the hell that Ah Gong was going through – each time he emptied a bedpan, or change an adult diaper, or indeed wipe some patient’s backside, he would seethe with resentment over what I had said.

Anyway, true to form, after getting back in touch with me, Ah Gong lost no time in asking me for help (as he used to before). He was shameless in asking for assistance with various assignments and essays he was struggling with – part of his training curriculum – one of which won him some monetary prize.

And true to form, come Christmas and New Year, there wasn’t a pip squeak from him.

But I’ll know he’ll be back, the next time he needs help again.

I have such great friends, don’t I?

I believe God has placed certain people in my life for a purpose.