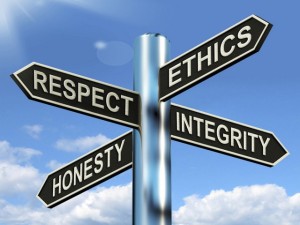 JD came from our US office to be an intern with me. Years later she lied on her LinkedIn profile that she founded the practice I was running when she came to intern with me. Total and absolute fabrication.

GC was a chronic washout with a grandiose perception of her true worth. (Fishnet stockings, anyone?) She joined us after our firm acquired hers. At that time I was running the firm’s think-tank. Later, in her bio, she claimed that she started the think-tank.

EB learned the craft from me, then went to procure a certification in the subject, in effect, competing with me.

SEB saw potential in what I was doing and went to acquire a qualification in the same craft.

Head-on collision. A pie in the face of friendship. Morons with über-justification but unter-EQ. Why don’t people pause to think twice, thrice even, before doing certain asinine and childish things?

I’m a big boy, with broad shoulders. Maybe I shouldn’t feel that way, but felt that way I did. Sorry, I’m only human – a very imperfect one.

You introduce someone to cigars and before you know it he turns up with a piece of paper certifying him as a cigar roller while flaunting a cigar he has rolled. That’s supposed to make you happy?

Of course people who do these things find ways and means to justify their actions and rationalize away their behavior.

But among the old school Chinese, with their own code of conduct, they call this breaking other people’s rice bowl. It is behavior beyond the pale.

As for me, I simply call it as me being kicked in the balls.

Some things you just don’t do. Life is already tough as it is, especially when you are surrounded by people who claim to be able to do what you do. Everyone is a competitor. They will partake of your generosity and take advantage of your kindness but would they share leads or keep a lookout for you?

Not on your life! It’s every man for himself! Suddenly every mother’s son is a change management expert, a coach, a trainer blah, blah, blah… You invested 30 years to hone an expertise and these clowns are able to transform themselves into similar experts overnight. Amazing!

In the past, ingrates and low-EQ basket cases such as these would be the target of tut-tutters and will be ostracized from the community.

I mean, if you apprentice under an uncle in his auto workshop, you don’t do down the street and open a competing workshop after learning his business and benefitting from his largesse. Isn’t that being ungrateful?

There is such a thing called decency, you know. You don’t bite the hand that feeds you.

Morals are private, decency is public.

Want of decency is want of sense.