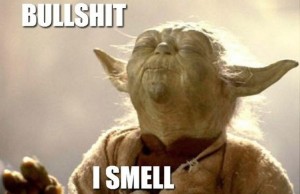 Just because you’ve won the womb lotto, or are wealthy through shrewd scheming or via some other means, legal or otherwise, doesn’t mean you are brainy.

In fact, too many gullible, rich people are walking around, and getting conned.

One who knows how to take advantage of these clueless retards is a clown who organizes surprise banquets – where no menu details are provided – costing several hundred bucks a person. He brags that the moment a surprise banquet is announced, all tickets are sold within a few minutes.

Well, you know what P T Barnum said about suckers…

Although Fei Siong and Akashi are supposed to be in the food and beverage business, the way they run London Fat Duck seems to give the impression that this is the first time they are opening an eatery – big, heavy, clumsy wooden high back chairs, for one, are being used, making the tiny restaurant way too packed and cluttered and diners in the midst of stuffing their faces have to rise from their chairs in order for other diners to walk through.  What a pain! The idiot who ordered those chairs ought to be roasted.

Worse, the roast duck is nothing remarkable though these eateries boast of using Irish ducks, which are supposed to be “superior” in taste. My late mum did a much better job using discarded oil drums.

But gullible Singaporeans are standing in line to get in.

Ducks are seldom thin, and restaurants do whatever they can to explain away their fattiness. Heston Blumenthal simply named his (Western) restaurant in London, The Fat Duck, though the last time I was there I couldn’t find a single duck dish on his menu.

At Scotts Square, London Fat Duck probably hopes to cash in on the name of Blumenthal’s restaurant. I mean, who, at first thought, would have guessed that London Fat Duck is an eatery selling Hong Kong-style roast duck?

Anyway, in defense of the fatiness of their ducks, the eatery refers to their ducks as “Wagyu of Duck” and states (I’m quoting verbatim from their menu)  “Using quality duck specially breed for roasting. Distinct flavor after roasting with substantial amount of quality fats that keep meat tender and juicy while the skin remains crispy and flavourful.”

I was born at night, but not last night.

Sorry, I can’t say the same for those morons standing in line fighting to get in.