Yes, Me Asshole, but You, Retarded Moron Since Conception 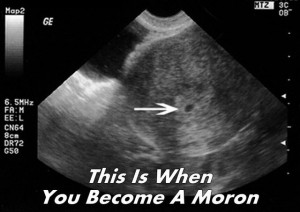 Hair for Hope is Children’s Cancer Foundation’s signature fundraising event – the only head-shaving event in Singapore that serves to raise funds and awareness of childhood cancer.

Every shaven head in Hair for Hope represents the understanding by an individual of the ordeals that a child with cancer is subjected to.

This year, Hair for Hope is in its 13th year running.

I signed up for Hair for Hope 2015 and will be shaved bald in public on July 26th.

My intention is to help create empathy for children cancer patients and at the same time, raise a token, symbolic sum for Children’s Cancer Foundation. But in just a couple of weeks after announcing my target, I was humbled to learn that I have raised more than ten times the amount I had intended. (Donors use an online form and funds raised go directly to Children’s Cancer Foundation – no cash pass through my hands.)

People whom I least expect came through with generous donations. Even a student from Ireland who interviewed me once for his thesis donated, so did friends and acquaintances from overseas. The size of the donation varies – the largest amount received was S$2000/-, the smallest sum raised was S$20/-.

But one obnoxious retard whom I have known for a good number of years started to scoff at my effort and to mock me about my soon-to-be-bald head and when I told him to consider making a donation instead of making snide comments, he retorted “I don’t like to be told what to do and I will deliberately not donate precisely because you asked me to.” And to rub salt into the wound, he added, “I’d rather give my money to toilet cleaners.” Then he called me an asshole.

What the fuck? There’s no universe in which such behavior is acceptable.

His mother should have just swallowed or just stain the sheets instead of the whole of humanity.

Anyway, nobody calls me an asshole to my face and gets away with it.

Be warned! The knives are out!

But why bother, I wonder. Some people just grow old, they don’t grow up. So it’ll be an utter waste of my energy to deal with his douchebaggery. When you try to engage in a meaningful interaction with an intellectually-unarmed person such as this cringey fucktard with shit for brains, you’re only going to get drained. He’s only going to drag you down to his level and then beat you with his experience. Groundhog day over and over again. Remember this fuckface has been a retarded moron since conception. I’m sorry, but I’m stating facts. Well, as they say, the only pool without a lifeguard is the gene pool.

I’ll just treat him as a persona non grata.

From now on, as far as I am concerned, he has simply ceased to exist.