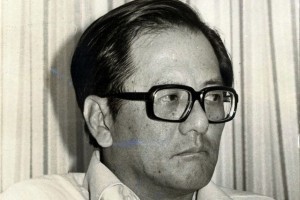 You do the crime, you serve the time. Well, I guess some people “didn’t get the memo.”

He was supposed to be a rising star, but for misappropriating a paltry sum of money, he ran away to Thailand and hid there for 35 years. Now that The Old Man is dead, he has returned to Singapore, at age 81, an old man himself, to also die in his homeland eventually.

Not a very bright fellow is he?

When charged in 1979, Phey Yew Kok should have just paid up and served time and if he had done so, he’ll probably be a free man now.

Who identified this nutcase and considered him their protégé and elevated him to such improbable heights? What happened to the supposedly stringent selection process? What talent-spotting methodology got them a petty criminal?

And I find it hard to believe that we don’t know where he was hiding all these years, given the so-called great bilateral relations between us and Thailand.

You think we stupid or what?

No wonder comedians can’t make a living in Singapore; there are already too many clowns running around talking cock.