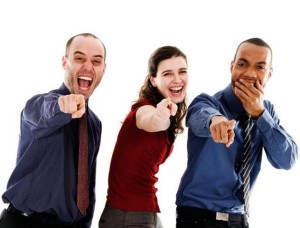 Don’t you know that people are laughing at your stupidity?

If I had put aside all the money I have spent in the last 30 years eating all over the world at so-called famous award-winning restaurants and those featuring celebrity chefs, I would be able to buy another house at Point Piper, Sydney.

At the end of the day, what one ends up with is a jaded palate and heaps of disillusionment.

Give me nasi lemak with ikan bilis any time!

I see the younger ones going all over the world stuffing their baby faces and flaunting it by posting pictures on social media – living it up – and I wonder if they’ll end up like me when they reach my age – craving for street food, ie, simple, comfort food that are truly “happy meals.”

Flying first class, traversing the world using private jets, throwing lavish parties, eating the best, quaffing the most expensive wines, never ever buying a cheap ticket to concerts and operas, I must have had a rather hollow, empty life those days. And what a showoff I was, declaring to the whole world that I was living life in the fast lane. I shudder at the thought of how big an ego I had those days. I probably even scream my own name when I had an orgasm. But, honestly, who the fuck cares about what you ate for lunch? And where are those “friends” now that the local food court – and not Les Amis – is your favorite hangout?

After years of indulgence, I’ve come to the conclusion that the F&B scene is all a lot of hype and most celebrity chefs and their restaurants are just a big rip off.

Very very few are really worth the money.

Some of these restaurants of great renown can’t even produce decent food.

Of course there’s ambience and all that shit. Yeah, sure, try eating ambience.

The duped paying good money for delusions is how I would describe all those suckers fighting to get into overpriced celebrity chef restaurants.

I just turned down a request that I would have jumped at if I had been in my 30’s or 40’s.

Noma’s head chef, René Redzepi, will temporarily close his award-winning Copenhagen restaurant and relocate to the new waterfront home in Sydney Harbor for 10 weeks starting in January 2016. It will open for lunch and dinner five days per week.

If you haven’t heard of Noma, then you really are not in the know.

Noma’s “pop-up restaurant” in Japan earlier this year had a waiting list of 60,000 people. Lunch cost about US$500/- per head and dinner about double that amount. Expect somewhat similar pricing for Sydney. (Heard there’s already a long waiting list. The typical wait time in Noma, Copenhagen, is three months, depending on group size. And Noma’s only going to be in Sydney for 10 weeks, so imagine the scramble to get in.)

Several friends here have already signed up for the Sydney event. A few of them actually flown to Tokyo earlier this year to eat at the “pop-up.” Some acquaintances of mine in Bangkok and Jakarta are also planning to fly to Sydney come January next year to partake of Redzepi’s cooking.

In any case, not everyone’s a fan of Noma. Times (UK) restaurant critic Giles Coren fired off a series of profanity-laden tweets tearing into the restaurant in 2012 after Noma won top spot in the World’s 50 Best Restaurants list for the third time in a row; and during a Reddit Ask Me Anything session in April, Redzepi revealed that Gordon Ramsay dined at the restaurant and “hated it.” Uncharacteristically, however, “he was nice about it.”

But I suppose it doesn’t really matter to the showoffs anyway. They just crave for the opportunity to boast that they have eaten at Noma and can now consider themselves part of the glitterati. Yeah, a pig can wear lipstick, but it’s still a pig.

Really, the better you feel about yourself, the less you need to show off.

Showing off is the fool’s idea of glory.