LKY: The Dark Side 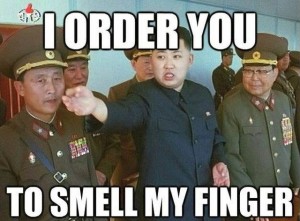 This dude should work for some telcos.

He built a nation but he was a tough task master.

Underlings would cringe in his presence. Larger than life, working with him; hard, pointed questions and scoldings were the norm.

He was a perfectionist and tolerated no mistakes. He didn’t believe in giving you face.

If you can’t come up with the right answers to his questions, he’ll call you daft. He wasted no time on fools.

Ruthless in pursuing his goals, he transformed a filthy fishing village to what Singapore is today.

Whole generations of civil servants and minions in state-owned companies emulated his management style and continue to take him as a role model.

But little Napoleons strutting about are not Napoleons. There is one and only one Lee Kuan Yew. How many legs does a dog have if you call the tail a leg? Four. Calling a tail a leg doesn’t make it a leg.

Lee Kuan Yew wannabes seem to proliferate in some other organizations too.

I hear that one of our telcos, is one such example.

From the many friends and acquaintances of mine who work there, and from my brief professional – and personal – experience with the telco, it is a far cry from what it projects itself to be.

The company has just posted a profit in the first quarter and was even named the most well-governed and transparent company, according to the Governance and Transparency Index by CPA Australia and NUS Business School’s Center for Governance, Institutions and Organizations.

So the telco may be well-governed and all, but at what costs? The corporate landscape is often littered with a high body count of casualties inflicted by un-caring, insensitive, brutal bosses who think they can do no wrong. Yup, bruised and battled workers whose hearts have grown cold due to idiotic bosses.

One of the divisions within the group is apparently home to several VP-level leaders who are extremely uncouth, exhibiting an unprecedented level of boorishness to management but precious little in the way of genuine leadership. Nothing remotely close to the Lee Kuan Yew they try to emulate.

Some of these morons yell – yes, literally yelling and shouting at subordinates at the top of their voices – thinking that LKY would probably do the same. (And they are in the communications business, Jesus!)

These little Napoleons strut around un-restrained, believing that it is perfectly normal to be obnoxious.

It seems to be the accepted culture there. VPs will yell at directors who have no qualms yelling down the food chain. In fact, they are expected to. They seem to think that fear is a great management tool. Don’t they realize that when fear is used as a weapon, the organization they are in will be like a building infested with termites – good to look at from the outside, but will eventually crumble into bits?

Come on, real leaders don’t throw temper tantrums; true grit has nothing to do with being unpolished klutzes who holler and bark like little spoilt brats. Real leaders don’t leave behind a trail of dead bodies. Real leaders build people up, they don’t break people down. Real leaders are teachable. They are willing to learn. They are brainy enough not have to turn to the dictionary to figure out what “antediluvian” means. They don’t always think they are right. They listen to those who know.

If you don’t know how to lead, for your own sake, please avail yourself of some training.

Don’t just yell. (Yelling has never been accepted as a legitimate management technique. It is resorted to only by retards exasperated by their own inability to communicate and inspire.)

And spare your underlings all the pain they have to put up with daily.