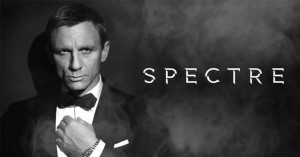 British actor Daniel Craig was paid US$10.7 million for Skyfall, making him the highest-paid James Bond actor ever, and the film was the first Bond movie to break the one billion dollar mark.

After the success of Skyfall it was reported he brokered a deal to be paid £31/- million for his next two 007 films, including the soon-to-be-released Spectre, the 24th film in the franchise.

But Craig recently surprised fans when he claimed he’d rather “slash his wrists” than play James Bond again.

Has he made a Spectre-cle of himself? Well, he was told to shut up by movie bosses after that comment.

He’s not Indonesian is he?