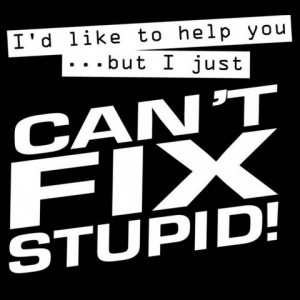 The smart phone has made many people stupid.

Those days if you made an appointment with someone, say for 7pm, you would be there at 6.45 and your guest will likely show up before 7 or just on time and he would say “Sorry to keep you waiting” and the correct response from you would be to say “Oh don’t mention it, I was early.”

Nowadays you’ll be waiting even at 7.15 and you’ll get a text saying “OTW” (On The Way) so out of graciousness, you would reply “NP” (No Problem) and the meeting won’t take place till 7.30 or later.

It’ll get worse because now your guest knows you’re ok with him being late, after all you did say “NP” and so the next time you meet, he’ll be later still and since you know he’s always late you will also not take your time to be early.

This is so unfortunate, but what’s there to lament about when people nowadays don’t even know how to politely or appropriately acknowledge, accept or decline an invitation anyway?

Has etiquette gone to the dogs?

There have been times when I was tempted to instruct supposedly educated idiots who brag about having had international living and working experience that “the right protocol is to say ‘thanks for the kind invitation, we’ll try our best to make it'” but why bother?

Etiquette has gone to the dogs!

Also, have you been rebuffed by someone who tells you that he or she is too busy to see you?

Telling me you are busy is the ultimate betrayal and insult, as far as I am concerned.

Well, no one is always busy. It just depends on what number you are on their priority list.