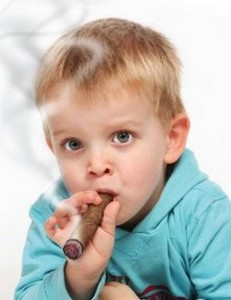 He saw what he shouldn’t.

Letter to The Straitjacket Times:

Tobacco products can no longer be displayed beginning from 2017. I applaud this move, considering how devastatingly destructive it can be for people to make eye contact with tobacco products:

(1) Upon visual contact with tobacco products it has been observed that otherwise sane and sensible men and women would suddenly start to drool, indeed salivating profusely, with increased heart palpitation accompanied by trembling and heightened bodily shivering. This leads to eyeballs rolling backwards into the eye sockets and tongues stuck out while panting like rabid dogs. Said victim then hightails to tobacco merchants, slobbering and whimpering and begging (sometimes on their knees) to purchase tobacco products – the look is not dissimilar to how zombies behave and can cause traumatic fear and fright in young children.

(2) It has also been observed, and subsequently verified by global empirical research, that when infants in arms and babies in prams make visual connection with tobacco products, they would suddenly be empowered with superhuman strengths well beyond their years as they literally fly out of their parents’ arms and prams and aim straight for the tobacco products on display. This unexplained crave has led to glass breakages and resulting injuries, some fatal. Those who survive need continuous consumption of tobacco for the rest of their lives. They are reduced to pathetic, almost vegetative states as they continuously and constantly imbibe in Nicotiana Tabacum with a dazed look on their faces.

(3) Research has also demonstrated that when consumers espy tobacco products, all manners of inhibition disappear and quickly vanish and individuals who are otherwise circumspect and respectable would suddenly become either extremely promiscuous or in some cases, murderous even. Enough studies point to the number of illegitimate children being born and mothers-in-laws being savagely killed simply because innocent people have made inadvertent visual contact with tobacco products, rendering such products to be classified by WHO (World’s Hell Organization) in a category similar to that of weapons of mass destruction – the type that weakens the human spirit and consititution.

(4) Teenagers the world over, when getting even the slightest glimpse of tobacco products are known to almost instantaneously develop a self-destructive gene within their DNAs, a causation factor resulting in these same teenagers turning into utter and absolute losers for the rest of their lives. They are almost certainly going to fail their “O” and “A” level examinations and are unlikely to be admitted to polytechnics or tertiary institutions or other institutions of higher learning. These said individuals will beg, borrow or steal and even kill just to get hold of tobacco products, and anything else they desire, for that matter, even if they have not chosen politics as a career. Most, if not all, also become drug addicts, drug peddlers, substance abusers, sex addicts as well as deranged, irrational individuals with severe facial tics. One can thus imagine the potential mayhem this will cause globally.

(5) Pregnant women, it has been documented, when seeing tobacco products or allowing tobacco products to come in line with their vision, go immediately into violent convulsions resulting in instantaneous and spontaneous abortions of their fetuses. In fact MIT (Mofo Institute of Technology) has commenced R & D to create a tobacco-induced extrasensory perception self-activated mental mechanism for eventual deployment in countries where population explosion is a blight.

Tobacco products contribute to billions in taxes yearly, resulting in our ministers and parasitic bureaucrats enjoying fat, obscene salaries while doing fuck all. It is estimated that if not for tobacco taxes, each taxpayer could easily end up paying at least a thousand bucks more per person per year, so it is tempting to see the “merits” of tobacco products, but I urge taxpapers to avoid thinking of such products in positive terms. These devilish elements must now and forever more, forcefully be regarded as extremely dangerous and insidious evils. I strongly support and wholeheartedly applaud the authorities’ move to ban the public display of such perilous and deadly weapons that could ultimately weaken, if not out wipe out, the human race, entirely from the surface of the earth.