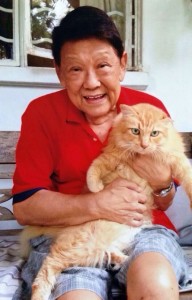 So the man with the golden voice – Mr Guthire Hour Tan Swee Leong – died on December 18th at age 77, leaving behind three ex-wives and three daughters.

It took me a long time to decide to pen this.

I hesitated for various reasons.

Don’t get me wrong, working with the man, he was a great guy to work with.

Always loud, boisterous, generous and gregarious, he was a bit of a cowboy too.

At one time he even held the franchise for the Miss World pageant in Singapore and was a promoter for it.

But there was a dark side to him – that’s one of the reasons for my hesitation.

But now that the man is gone, let’s remember his positive side instead.

His last years were spent in an old age home.

So, Swee Leong, rest in peace, a well-earned rest after years of toiling and slugging it out.