Brainless in the World’s Smartest Country 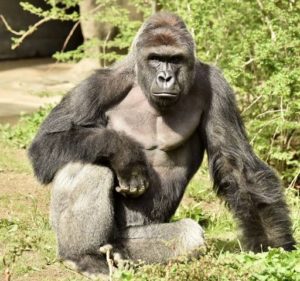 Trust me to be your babysitter?

On May 29th somewhere in the world’s smartest country, a three-year-old boy fell into the gorilla enclosure at a zoo.

The 400-pound gorilla dragged the screaming boy around the enclosure, so zoo officials shot the animal dead.

Deadly force was deployed instead of tranquilizer darts as it would take too long for the drug to take effect; by then it would be too late.

The killing of the gorilla caused an outrage.

Some smart people from the world’s smartest country questioned why the gorilla had to be killed.

I would like to ask my own question of these smart people – “If it was your three-year-old in that enclosure, would you rather let your boy die so that the gorilla would live?”

Oh, the gorilla was a member of an endangered species?

Well, retards from the world’s smartest country will soon be endangered too if they continue to think with monkey brains.

Like I always say, good riddance to bad rubbish.