Rent a Friend, Amputate your Legs, and Kill your Lover 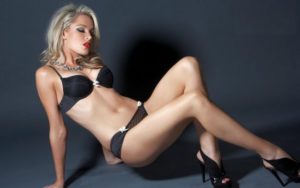 Brutally slaughtered by the blade runner.

“Progress has peopled history with the marvels and monsters of technology but it has depopulated the life of man. It has given us more things but not more being.” – Octavio Paz

A Singapore company is providing “friends” for hire.

The roles for these fake friends range from groomsmen and bridesmaids to sports buddies and fake partners to meet the parents.

How much does it cost? It depends on the service – getting someone to call you on the telephone for 15 minutes will cost 15 bucks. Hiring a groomsman or bridesmaid for 12 hours – speech included – will set you back by a thousand bucks.

There are probably many reasons why people have to rent “friends” nowadays. Perhaps this phenomenon is partly the result of entire generations of human beings spending more time socializing online than in person. Ironically, social media doesn’t make people more sociable. We are more connected but we are lonelier. So we think companionship without a relationship is the way out. And companies seek to exploit this. Purely transactional, right?

Anyone with any moral sense would instead think of ways to encourage interpersonal relationships, and not start a company renting out “friends.”

Accused and convicted of killing his girlfriend, Reeva Steenkamp (that’s her in the picture above) on Valentine’s Day, 2013, Oscar Pistorius paraded himself on his stumps in court recently in a bid to keep himself out of jail.

The world watched in amazement as the paralympian took off his prosthetic legs and tottered across a packed courtroom.

It was a desperate attempt to gain sympathy.

I say, give this retching, crying, sniveling, vomiting degenerate an Oscar!

Born without fibulas, Pistorius, whose legs were amputated below the knee when he was 11 months old, is as shameless as he is gross. He played the sympathy card by removing his prosthetic legs, to show just how vulnerable he is without them.

Andrea Peyser of New York Post said “That a six-time gold-medal Paralympian who competed in the 2012 Olympics in London — the first double-amputee ever to run alongside able-bodied athletes — could try so hard to be seen as soft and powerless is an insult to strong and capable disabled people.”

The prosecutor showed a video of a grinning Pistorius shooting at a watermelon, saying it was “softer than brains’’ and calling a powerful .50-caliber handgun a “zombie stopper.’’

“You know the same happened to Reeva’s head,’’ said the prosecutor. “It exploded.”

You do the crime, you do the time, douche bag!