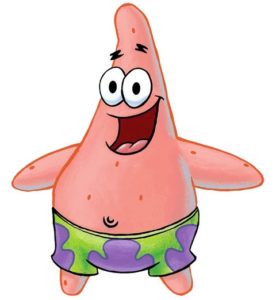 Each time Fat Retard with the Spastic Face got hospitalized, (one because he ate too much bout couldn’t shit) I showed up with ginormous (gigantic + enormous) baskets of fruits, yet later, he told others that I was being nice to him because I was buying his friendship.

Fat Retard with the Spastic Face has also conveniently chosen to forget the boxes and boxes of expensive and rare vintage Cuban cigars of mine he was lucky to smoke or the tens of thousands of dollars I had spent buying lavish meals for him, so when Fat Retard with the Spastic Face (and others like him such as The Dickless Midget and Dr Motormouth – also losers all, and I will blog about them one day) get their comeuppance, I will most definitely celebrate with a US$3500/- bottle of Louis VIII.

Fat Retard with the Spastic Face is still stirring shit after all these years and if he persists, he will regret. Remember “revenge is a dish best served cold” and I know as surely as the sun rises from the east, he will be not only be named and publicly shamed, (with complete, documented evidence of how he fucked up so badly when he was once hired by me to do work) his loss will be monumental and it will devastate him.

Let this be a warning to those who piss off the wrong guys.