From Hero to Zero 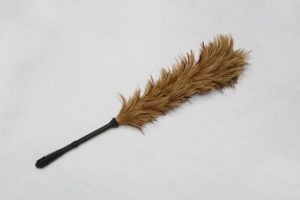 An organization I am familiar with was suffering from 24 consecutive quarters of negative earnings.

The inevitable had to happen.

Even superior performers who had been with the firm for decades were laid off in a bid to minimize operating costs.

But a very small group of execs remained unscathed.

These were protected members of the CEO’s inner sanctum.

When the CEO first assumed leadership, he pulled along two of his buddies from his previous company.

The three of them, The Unholy Trinity, became the troika of power.

The mafia that could do no wrong.

They ran the company as they saw fit.

Even the deputy CEO was ousted.

In fact, anyone that outshone any member of The Unholy Trinity was put down.

Worse, this insidious group pandered to their sycophants, protecting and shielding them.

Lots of talented resources were suppressed so that The Unholy Trinity could gain eminence.

All these at the expense of the organization and the constituents it was meant to serve.

The organization continued to be weakened until a coup was mounted and the mutiny resulted in the disposal of The Unholy Trinity.

One sees many similar parallels in history –  from Lenin and Stalin to Saddam and Gaddafi, despots were eventually disposed.

There are lessons for us all here.

First, people are not blind. It is said that “when you are in it, you don’t see it” but people can see your shenanigans.

Second, everyone has a boss – The Unholy Trinity met their downfall when disgruntled employees and shareholders petitioned head office. Those at headquarters are usually protective of the local leaders they have appointed, but when the disgruntlement reached epic levels, headquarters had no choice but to act. The axe fell. So while the mafia insiders were getting their knobs polished, their downfall was being meticulously planned. Yup, their victims were not sitting on their hands, they were plotting the mafia’s total annihilation, step by step.

Third, you may enjoy being at the top, but it’s a law of nature and a matter of time before you will be brought low and humbled, if not humiliated. Like they say, “every dog has its day” and you will get your comeuppance, eventually.

Dickwads come and dickwads go, one day you’re cock of the walk, the next you’re a feather duster.

The plebeians of the world have all the time in the world to wait you out and see you bite the dust.