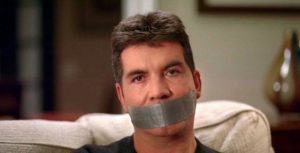 Unbeknownst to many, the question that’s always at the back of people’s minds when they interact with you is “Are you worthy of my liking and respect?”

Some people say “I don’t need anyone to like me, just respect me.”

Some, on the other hand, think that it’s more important to be liked. After all, “conventional wisdom” is that if you like someone, you would gladly do things for them.

Liking and respect go together.

How do you respect someone without liking him?

I for one, cannot.

Many are confused about this whole issue so they either behave in a manner that they think will gain them respect or in a manner that will guarantee that people will like them, that is, be the nice guy, say only things people want to hear.

Having lived and worked internationally for decades, I have met all kinds of people; plus my professional training enables me to size people up very accurately – I am right 99.99% of the time.

One other thing: a person’s position does not automatically bestow respect on him. Respect has to be earned and it is earned by how you conduct yourself.

So watch your steps. Recep Tayyip Erdogan and Prayut Chan-o-cha both suppress freedom of speech – neither are being liked or respected. They are feared.

But those who strike fear will crumble in the face of the pros – truth be told, I have on numerous occasions seen grown men many years older than me cower and literally break down in tears in front of me when they tried to play politics with me and were crushed by me instead.

I’m 59, age has its edge. That plus experience and intelligence.