Insulted? Quick! Run Crying to Nanny! Ask for a Ban! 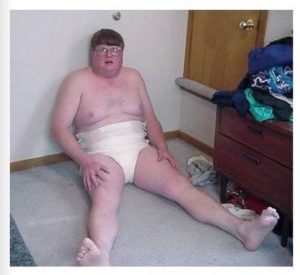 You are 51 years old, and when you feel the slightest hint of being insulted, would you run to your daddy and mummy and nanny like a whining baby and demand that the person who disrespected you to be barred from your house?

Now, that’s ridiculous, you say, no 51-year-old of sound mind would do that.

But that’s what we just did – Singapore’s National University has banned all freshman orientation activities.

The boisterous horseplay often associated with freshman orientation in universities and institutions of higher learning as well as in many different types of social groups, including sports teams, military units, and fraternities and sororities, is part and parcel of campus life and while sex-oriented and risqué activities are not authorized and should not be carried out, a blanket ban on all orientation activities is yet another knee-jerk reaction by the powers that be.

And what is so bad about dunking? Lest anyone thinks this is derogatory, you should have been in National Service during my time. We suffered atrocities far worse than being thrown into the pool! Moreover, when I became a father, when I was appointed chairman of senior management, when I scored a hole in one, when in 2006 I paid US$1500/- to enjoy one of the first Cohiba Behikes ever made and when I missed SilkAir Flight 185, and didn’t die in an air crash, I was dunked and I took it in stride.

It has been a habit of many Singaporeans to quickly call on the authorities to ban whatever they deem “undesirable” but does such a mindset make us a better nation? Hazing – and dunking – is already outlawed, therefore, in this case, perhaps questions should be asked as to the reasons why risque and crude activities are still being carried out so that pertinent issues can be addressed at its root. A draconian crackdown is a solution that overlooks root causes. Calls for a blanket ban also disregard the fact that university students are young adults who need to be empowered to make their own decisions. Let’s stop making the strawberry generation (nice to look at but easily bruised) any worse.

Fun and games go a long way to fostering bonding and breaks the ice for freshmen as they embark on university education to prepare them for life. I am not condoning activities that are sexual in nature or those that may be detrimental to racial and religious harmony but Singaporeans must not lose their sense of humor. A nation that can laugh at itself instead of invoking bans for the slightest reason is a mature nation that will go far. At tough times, a sense of humor can even carry us through. One shouldn’t be crying like a baby at the remotest hint of being slighted or insulted. And even if the insult is real, one should develop enough balls to confront the culprit directly instead of hiding behind mummy’s skirt and conning others to do one’s bidding by behaving like such an aggrieved victim.

“This is a hybrid of breeds native to Singapore and Hawaii, where the President was born, most of us believe,” said Lee to laughter from the dinner guests.

That President Obama did not whinge like an infant or waste time complaining about the joke is a sign of his maturity as a person, his sense of security and his self worth. Obama is certainly a man cut from a different cloth, so unlike some of the parasitic whiners and cry babies I’ve encountered who have never done an honest day’s work in their lives. (No wonder they suffer from such low self esteem!)

And buttinskies who get offended for other conniving retards are the biggest assholes of all. If it’s not your problem, busybodies, butt the crap out. What? You are just watching out for them? They can’t be trusted to protect their own interests? Do you enjoy being “offenderatti by proxy”?

Singapore is 51 years old already, let’s act our age, unless we want a nanny state to babysit us from cradle to grave.