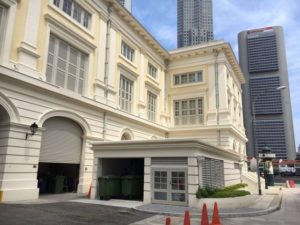 Inadequate controls and weak governance seem to be very fashionable these days.

The Ministry of Education has revealed that it lost S$7.16 million, as of June 2015, to students who default on their education loan. The sum cannot be claimed back because the defaulters and their guarantor are foreigners.

The Education Ministry is currently stuck with S$511.49 million of outstanding education loans, and 1.4% (those S$7.16 million) are considered “unrecoverable.” Statistically, the amount seems small – 1.4% – but it’s still S$7.16 million!

Meanwhile National Arts Council had paid a consultancy fee of S$410,000/- for the construction of a bin center costing S$470,000/-. “There was inadequate assessment on the reasonableness of the exceptionally high consultancy fee, at 87.2% of the cost of construction,” the Auditor-General’s office commented.

And if I forget to pay a 30-dollar utilities bill, electricity supply to my house will be cut.

Fantastic country this. Looks like the government’s been sleeping.

No wonder those who can’t hack it flee to some third-rate angmoh country nearby and try to convince everyone – themselves especially – that they are very happy being treated as second-class humans by the whites.