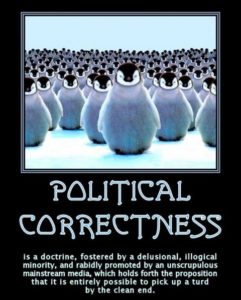 Kevin Roberts, the chairman of Saatchi & Saatchi, quit after sparking uproar by saying a lack of women in high-powered jobs in advertising was not a problem and that some women lacked the “vertical ambition” to make it to the top.

In an interview with a website, Roberts said some women at key junctures in their careers did not want to lead businesses and people, and that managers should reflect on how to deal with the ambitions of female and male employees who “simply want to be happy and do great work”.

In the interview, Roberts appeared to argue that “idiotic dinosaur-like men” were trying to make women conform to Darwinian urges to acquire wealth, power, and fame.

“Their ambition is not a vertical ambition, it’s this intrinsic, circular ambition to be happy,” Roberts was quoted as saying.

For that Roberts lost his job.

Someone claimed that what Roberts meant by “vertical ambition” was that women had “horizontal ambition” instead, ie, preferring to rise in their career through granting sexual favors.

I doubt that’s what he meant though. Of course if you have something against someone, you will always be able to find reasons to attack him. I believe what he meant was that women don’t always seek upwards career movement and progression. That’s why he referred to “an intrinsic, circular motivation.”

Indeed I have met many bright and capable professionals – men and women alike – who do a great job but have no wish to climb the corporate ladder; they are happy in their current positions and some even decline promotions. They are not shirking responsibilities or anything like that, they just have their own personal reasons why they rather stay happy and do great work where they are.

And I think Roberts is entitled to his opinion and to voice his opinions and people shouldn’t be so hypersensitive and try to be be overly politically correct.

People should just try to be correct, not politically correct.