Thoughts on Our 51st 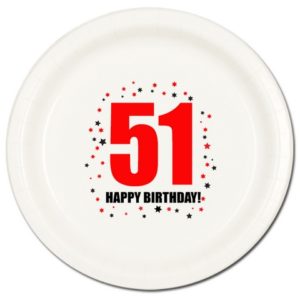 Yesterday was National Day, our 51st.

For me it was a time for reflection.

What has our beloved country done to us?

It has dropped us like a hot potato the moment we turned 40; preferring to hire young punks who think they know it all – but who would crumble at the slightest pressure – at a fraction of what it would cost to keep us on the payroll.

As we age, it tells us to lower our expectations and to switch careers – from manager to janitor, from secretary to hotel housekeeping crew member – at less than half our previous salary.

It hires foreigners when many of us are able to do the job, and do it way better; it seems easily swayed by articulate, smooth-talking “foreign talents” who excel in self promotion and who can’t always deliver.

It seems to treat outsiders better, and the rest of us citizens like doormats.

It ignores the poor and the disadvantaged by convincing itself that all that can be done to help the population at the bottom of the pyramid have been done, that it is our very own fault if we are still in deep shit.

It believes that old people collecting scraps and garbage for sale at a pittance do so because they want to get some physical exercise.

Its priority seems to be to ensure that ass kissers and apple polishers, after their stint as top dogs in the armed forces, get parachuted into CEO jobs for which they have zero qualification and experience.

It gives a millionaire minister a bypass that costs only eight bucks while the rest of us lament that it’s cheaper to die than to get sick.

It makes the disgruntled and the weak-willed flee to third-rate countries and get treated like dirt by the ang mohs there.

It has pitted us against one another as it focuses on elitism and meritocracy; it has reduced us to competitive animals, reflected – among other behaviors – in the inconsiderate way we drive, and – listen! – even in our places of worship, religious leaders play politics. (These diabolical bloodsucking swindlers and scammers who suffer from mental constipation and verbal diarrhea ought to comport themselves with a certain degree of decorum instead of engaging in one-upmanship!)

For sure, Singapore has done right by many, and there is much to be thankful for. For comparison, just look at our neighboring countries, kleptocracies where common thieves, buffoons and thugs rule the roost. Or turn to the west where Europe, despite its rich history and culture, is in a sorry mess and to the US of A, where out of a population of over 300 million people, the best they could produce is a Hillary Clinton and a Donald Trump as presidential candidates – both big-time con artists and barefaced liars, personification of greed and evil.

But one other – random – thought before I hit the bottle: many people say “I’m proud to be Singaporean” so my question to those who make this rather meaningless bullshit declaration is “What have you done for this country? Does the mere fact that you were born here makes you feel proud? If you were born in Venezuela, would you be proud to be Venezuelan?”

Is the loss of your soul worth it?