Mind Fuck; Come Get It! 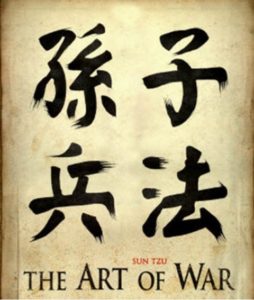 A friend was given an impossible KPI, which he surpassed by several hundred percent.

Instead of rewarding him, his company found ways not to compensate him for what was rightfully due to him in commission payments. It tried ways and means to claw back his earnings. It continued draining blow after blow upon him, even when he was down.

He asked me for advice, so I gave him some tips.

There are many arrows in my quiver and one pointer I shared with my friend was this: “If someone is screwing you, go above them. When they get wind of the fact that people more powerful and influential than them have been notified, they will shit bricks. This will shift their attention from battling against you to protecting themselves from someone else. They will live the rest of their miserable lives watching their backs.”

Remember, The Art of War was written by Sun Tzu, a Chinese, several centuries before Christ, and I teach it at five different universities, in addition to my class on Machiavellianism.

Sun Tzu sees war not so much as a matter of destroying the enemy materially and physically (although that too play a role), but of unsettling the enemy psychologically; his goal is to force the enemy’s leadership and society from a condition of harmony, in which they can resist effectively, toward one of chaos (“luan”), which is tantamount to defeat.

If your mind is “luan” all the time, you are screwed.

Finally, a word to those political animals who jerk us around: Do we look that stupid or what? Don’t forget, we Chinese kids have been taught Sun Tzu since elementary school.

And one more thing, those who can’t afford to lose should not play politics. Because when you lose, you lose everything, and I mean, everything!