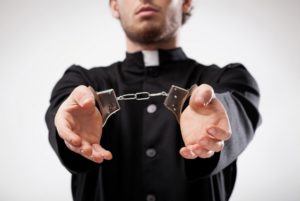 Next month, The Catholic Church will declare Mother Teresa a saint.

In 2003, he published Mother Teresa: The Final Verdict.

The London-based physician has been studying Mother Teresa for decades and his book cataloged evidence that the Missionaries of Charity led by the nun is not quite what it portrays itself to be.

In fact, his research has led to a documentary entitled Hell’s Angel. The documentary delivers a searing criticism of Mother Teresa and her work.

Of course few believe Dr Chatterjee or the documentary.

Part of the reason for this, Dr Chatterjee believes, can be attributed to the Nobel Peace Prize that the nun won in 1979.

The Catholic Church may be canonizing Mother Teresa next month, but many of us have already regarded our pastors and priests as saints – superheroes beyond reproach.

This despite the fact that we have seen so many such people, “men of the cloth” running afoul of the laws.

For all the good that genuine shepherds do, it is the conduct of their fallen brethren that tends to stick in our minds. One reason is the wide gap between society’s high expectations of an honorable calling and the often egregious nature of the actions of its black sheep.

And in Singapore, everyone knows that the pastor – and members of his inner circle –  of City Harvest Church have been convicted to polish the bars and pacing the floors in Changi.

Our blind faith in pastors and priests will get us hurt badly. Many of these so-called religious leaders are parasites who have never done a day of honest work in their lives, many use plagiarized homilies and some even deploy ghostwriters for their written work. A lot of these scoundrels are political animals with glib tongues whose full-time jobs seem to be engaging in games of one-upmanship. That’s a serious abnegation of their duties.

They live comfortably from donations made by suckers who have been conned to join their congregations. And many of their parishioners are more than happy to endow them with gifts of money and meals and whatnot because of the mistaken belief that these bloodsuckers have made sacrifices and have left lucrative careers in the secular world to “answer the call of God.” What a myth! Just look at the lifestyles of some of these ripoff artists! I have also witnessed some of these crooks walking away with gifts such as cars, luxury watches, lavish meals, even hotel stays and vacations and free services of all kinds. Maybe some believers think their places in heaven are assured if they treat their religious leaders well. And by religious leaders, I also use the term to refer to the laypeople and hangers-on who cling onto the coattails of the clergy. An annual audit and declaration of their assets should be made mandatory by the Commissioner of Charities and any culprit living a lifestyle inconsistent with that expected of religious leaders should be thoroughly investigated!

The next time you visit a place of worship, ask yourself “Am I contributing to the creation of monsters?”

Remember, the leaders there are as human – if not more human – as anyone of us.

They are not saints, even when their organizations and followers regard them as saints.

I know because I have encountered many church ministers who are angels and I have also met those who epitomize evil.

It’s amazing how far a clergyman’s collar can get you.

For many, it’s a meal ticket and more.

It’s time we get those who are swindlers off the gravy train!

Their certitude that nothing can destroy them must be eliminated!

They must know that there is no safety in fake piety.

You don’t see faith healers working in hospitals for the same reason you don’t see psychics winning the lottery.

Well, that’s because they operate in a world created entirely out of fantasy and illusion!