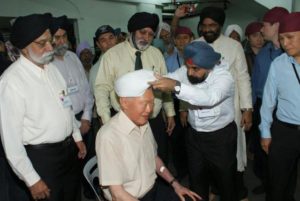 Poor Mr Lee, he could have been accused of all kinda shit.

Due to “public outcry” Toggle removed a drama episode which had a short scene featuring a local actor portraying an African by donning a black face and an Afro wig. The producer wasn’t trying to mock anyone, he just couldn’t find a real African to play the role, he said.

Earlier, another local actor had to apologize when shown wearing a turban and makeup to look dark.

Not long ago a woman kicked up a fuss when denied a stall at a mall.

I don’t believe the incidents above arose out of an intent to ridicule or insult.

Yet angry reaction was fast and swift.

And we pride ourselves as a multi-cultural society living in harmony?

Aren’t we carrying our mentally-embedded prejudices too far? Have we psyched ourselves to see and imagine perceived slights at every opportunity? If all we have is a hammer, every problem is a nail. If we think people are making fun of us, we WILL find them and we WILL see them everywhere. And we will suffer outrage that exists only in our paranoid minds.

What happened to tolerance and forgiveness? And maturity?

We are not alone. Disney has halted sales of a costume inspired by its upcoming Moana movie after being accused of racism. 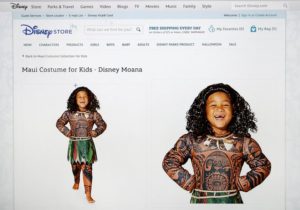 The US has produced a Donald Trump and a Hillary Clinton out of a population of 300 million and they complain about a costume deemed “politically incorrect.”

The costume is based on Disney’s animated depiction of Maui, a key figure in Polynesian oral tradition. It featured full-length brown trousers and a long-sleeved shirt covered in “tattoos,” as well as a “skirt” made of leaves.

And a toothpaste had to change a brand it has used for decades – from Darkie to Darlie. 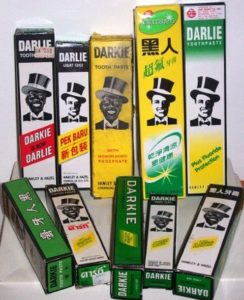 I wonder if the legendary Black & White Mistrels show of those days could have existed in this day and age? 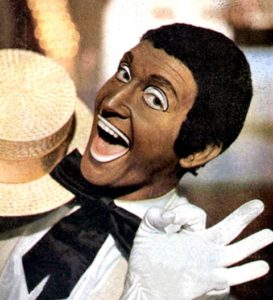 And we are supposed to be more civilized now?

No, I think we have moved backwards.

And in Malaysia, it seems they have a problem with the word “dog” so now I walk my sausage and my girlfriends ask me “Is that a dog in your pocket or are you happy to see me?”

But that crappy country deserves another post of its own for another day.