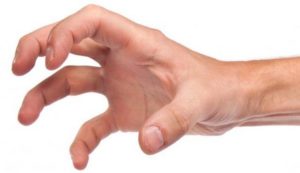 Grab has been aggressively advertising a taxi booking fee waiver for the month of November. Their ads say that if passengers key in a promo code when they use its app to book a cab, the booking fee will be waived. But when passengers try to book, there isn’t even a chance for them to key in the promo code. That’s what happened to me. And that’s what happened to a lot of passengers. Even Grab drivers tell me that their passengers complain that they have been hoodwinked into using Grab that way.

An email I sent to Grab seven days ago remains unanswered.

If companies have no intention to honor their promises, or make it so difficult to do business with them, they should do a serious re-think. They shouldn’t use gimmicks to entice customers. It’s dishonest, pure and simple. Those Grab ads are just tabloid advertising at its worst, no more, no less.

And consumers should express their anger by boycotting such dishonest companies.

Some people are surprised that while Uber and Grab are actually not allowed in some countries, these ride-hailing companies are operating freely here.

Kopitiam talk is that this is because the government has a huge financial stake in them, but the truth of the matter is that Uber and Grab offer a lifeline to the thousands of unemployed ex-PMETs languishing in Singapore. Allowing Uber and Grab to operate is the government’s way to pass the problem of unemployment to others. What a cop out!

But if you think Uber and Grab are doing the jobless a favor, then you must be very naive.

The blood-suckers behind them are the least bit concerned about being altruistic. It’s time you wake up to the fact that Uber and Grab are here to grab your money, that’s all, and that they are all looking forward to using driverless cars in the future. Uber is already using driverless cars in Pittsburgh, USA, and Grab has driverless cabs here already, albeit in a limited area in the western part of Singapore. To them, drivers are totally dispensable. You are being used, that’s all and soon, you will outlive your usefulness. A day will come when entire fleets of Uber and Grab cars will operate without the need for drivers, and that’s when you are fucked, totally fucked!

It’s time the unemployed and jobless seriously consider other means of income instead of becoming Uber or Grab drivers. One day, you will lose that gig too. Now you already have to give a portion of your earnings to Uber and Grab, but one day you won’t even have that chance. When driverless cars hit the road, you are toast.

But the first lot of suckers are the taxi-using public; morons like me, who try to get by on a budget of 200 bucks a week, and hence, desperate and greedy enough to try to save a couple of dollars of booking fees each time we have no choice but to book a cab.

The drivers will be next.

Surely you don’t need a PhD to realize this?