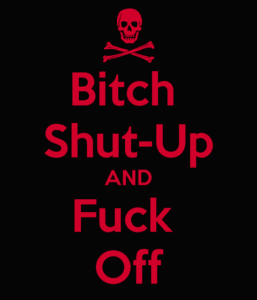 WARNING: I am apoplectic, reeling from rage and I apologize to everyone for the R21 shitstorm that is being unleashed here; if you are a pussy and can’t deal with strong language, please stay away! Here I go! Please fasten your seatbelt while I make an attempt at catharsis!

Last Friday in Chinatown, around Temple Street, at one of the stalls under a shop named Chop Kwong Onn Tong, I was surprised to see what seemed to be Russian matryoshka dolls for sale. Having just returned from Russia, and inundated with requests for those dolls – we bought suitcases full of them to give away as souvenirs but soon ran out – I was naturally intrigued so I approached the young mainland Chinese woman manning the stall for more details but she was in no mood to do business. I asked a question and she showed me a fuck face and waved me off. I was with a client, so I didn’t want to create a scene. Also I refused to be angered by her shitty attitude and walked away. I would have slapped that bitch right back into her mother’s womb but instead, I resisted and refrained. She was lucky it was me she encountered, at the very least, my friends would have taken a photo of her retarded, scatological face and blasted it all over Twitter. I mean, come on, what the fuck?! I was going to give you business and you’re showing me cheebye attitude?!

On Monday I was in Chinatown again, and passed by the same stall, so I thought I would give it another try. The same cum-gargling bitch was at the stall and when I asked if I could inspect the dolls nested inside one of the matryoshka dolls she was selling, she again made a fuck face and mumbled some answer which I could not make out. I then asked if the dolls are genuine Russian matryoshka dolls and she again mumbled something, as if some big dick was stuck in her mouth. (I thought I heard her saying that the dolls were made here in Singapore; matryoshka dolls made in Singapore, what the fish?!) But what got me really upset was her horrendous attitude. Here she is from mainland China and gainfully employed because we Singaporeans are kind enough to let semen-filled cunts like her and other losers and parasites of her ilk into our own country, yet she behaved as if we are the ones who are the vermins. Bitch has a job running a stall but yet she treated me, a native Singaporean – and a potential customer – like I was a major interruption in her fucked-up life. If she had behaved in a similar manner in her own country, her own countrymen would have splashed acid on her face and torched her stall to ashes! (Obviously, though tempted, I didn’t do any of that or else you would have heard about it on the news.)

Too many of us are tolerating too much of this shit and accommodating trashy pus bags like that. We put up with foreigners who are no smarter than us, who can’t even communicate properly – that douche bag who runs our infamous bank, for example, talks like an illiterate and incoherent chai wallah – but who steal our jobs, fuck our women and behave in such superior manners. We Singaporeans are now victims of reverse discrimination!

Imagine, you are here in our country because of our kindness but you have the audacity to ride roughshod over us! What fucking ungrateful dogs you are! Even stray dogs exhibit better behavior! Worst are those trashy failed homosapiens from mainland China who mock us and laugh at us and consider themselves more cultured. My message to these fuckards is this: take your shit and fuck off from MY country! Why are you still here if you despise us so much? Why don’t you writhe back to China, a morally-corrupt putrescent dump that has long lost its moral compass, and eat dog shit and enjoy all the culture you want?

China may be powerful today, but it is still a country of bullying lice-infected buffoons and shitfaces who scratch their fetid scrotums in public and who spit and pick their noses in front of you and – I have it on good authority – whose women are mostly unfuckable because they are mostly nothing but cheap putrid whores with rotting, pus-oozing infected bang holes that smell like pots of cat shit mixed with horse pee. (Heard they know nothing about personal hygiene; not surprising if you consider how these incestuous animals live.)

When crappy foreigners give me shit, I do not hesitate to give them a piece of my mind. In fact, I welcome every opportunity to put arrogant and cocky foreigners in their place. I was born and bred here and risked my frigging life doing fulltime National Service in the army during my youth, and, today, at my age, I have earned my fucking right to be a pugnacious, obnoxious and grouchy bastard. Any motherfucker from outside MY country who can’t stomach MY attitude can go fuck themselves or their mothers or their feral cats.

And yes, go back to the shitholes they’ve crawled from and feast on dog shit. I’ll even help carry their luggage to the airport. I’ll even pay for their taxi fare.

Let’s throw these ingrates out!

Some people bring happiness wherever they go, some whenever they go. The day these motherfucking foreigners leave our shore will be the happiest day of my life!