Entertain Clowns and We Become Part of a Circus 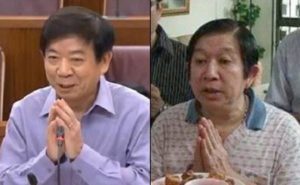 The Transport Ministry has no shortage of clowns.

Fiasco after fiasco emerges from it and its affiliated organizations.

Some big mouth shot off the term “car-lite” and a slew of initiatives suddenly seemed to materialize overnight. This is very typical of brain-dead civil servants and ball-lickers. Big boss spouts some crap and every mother’s son rushes to push out initiatives, never mind if the people and infrastructure are ready for the accompanying changes. It’s as if they are all bowing down saying, “Yes, boss, the answer is ‘yes’ and now what is the question?” One of the latest initiatives cooked up by these bollocky wankshots to support the notion of “car-lite” includes allowing cyclists and users of personal mobility devices such as e-scooters to share footpaths with pedestrians, which is a frigging retarded recommendation, as evidenced by the number of accidents and deaths this has already caused.

And don’t get me started on the SMRT.

And now something even more ridiculous. Honestly, I wouldn’t be able to make this up, even after drowning a bottle of Maotai all by myself.

The LTA is now allowing commuters to haul their foldable bicycles and PMDs onto buses and trains all day as part of a six-month trial. The move is said to encourage more people to use public transport and to adopt mobility “for the first and last mile of their daily public transport commute.”

Our buses and trains are already packed to the gills, allowing such moronic move is totally impractical. Moreover, what’s wrong with good old-fashioned walking? Do note that the last National Health Survey (in 2010) found that 11% of Singaporean adults aged between 18 and 69 were obese.

Before LTA dreamed up such a hare-brained scheme, did it consult with members of the public as to the scheme’s practicability or even with other statutory boards like the Health Promotion Board to determine if it makes sense health-wise? I can’t speak for the HPB but I’m sure it will certainly believe that walking is a lot safer and better than cruising along on PMDs, after all it was the HPB who launched the National Steps Challenge and even issued free step trackers to people.

It is embarrassing to see that the right hand doesn’t seem to know what the left hand is doing.

But then what else is new?

All I know is that if you’re looking for a clown for your kids’ year-end party, you’re unlikely to find any.

They’re all working full-time in the Transport Ministry.