The Bully and the Big Mouths 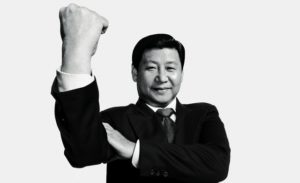 Last November, nine Singapore Armed Forces Terrex Infantry Carrier Vehicles, shipped from Taiwan via Hong Kong Special Administrative Region of the People’s Republic of China, were detained by Hong Kong Customs. The Terrexes have been used by our Armed Forces during training in Taiwan.

Singapore has stated that these vehicles are protected by international law.

True, the seized Terrexes may be protected by international law but it takes a lot more to deal with countries who show scant regard for the law and play by their own rules.

Singapore Armed Forces lack adequate training grounds so we signed agreements with several countries for our troops to train overseas. Space constraints at home mean Singapore tank crews are restricted to a maximum firing distance of 800 meters, for example. Anything beyond that and whatever we shoot will hit JB and some say Batam.

During a visit to Singapore in August 1990, the year Singapore officially commenced diplomatic relations with China, then Chinese Premier Li Peng said Beijing would not be “too disturbed” by the Republic’s continued use of military training facilities in Taiwan after the establishment of Sino-Singapore ties.

Li aid: “We sympathize with Singapore’s position and understand its need to build a strong defense force. On this matter, suitable arrangements will be made.”

These “suitable arrangements” included China’s offer to the Singapore army to train on Hainan island.

But apparently, Singapore took Washington’s advice and rejected the offer. Singapore’s decision was based on the fear that the American military equipment we use will be vulnerable to “exposure” on Chinese soil. (Let’s not forget that when US military helicopters crashed during the raid to capture Bin Laden in Pakistan, the Chinese got hold of it to reverse engineer. Don’t ask me how, but that’s what they did. Bastards!)

Although the number of troops training in Taiwan has reduced significantly, the fact of the matter is that our troops are still training there, thus continuing to incur the wrath of China. This despite Singapore’s assurance that we will stop training our troops in Taiwan from 2012.

So in China, “not too disturbed” became “very disturbed”!

But is that the reason why our Terrexes were seized?

Zhang Baohui, a professor of political science at Hong Kong’s Lingnan University, referring to the seizure of the Terrexes, does not think so. He said: “I think the real issue is that China thinks Singapore has turned into a quasi US ally.” The Terrexes passing through Hong Kong provided the pretext China needed to make its point. (Why we allow our military hardware to pass through Hong Kong is a matter of bad judgment and deserves another blog post altogether.)

In recent years, Singapore has strengthened military ties with the US and taken a tough stance on the South China Sea dispute, urging China to abide by an international tribunal that ruled its claims to the waters were unlawful.

We have also been a strong advocate of the Trans Pacific Partnership trade deal, which Beijing spurned.

It is no wonder that China thinks we have become a stooge of the US.

This despite the fact that Singapore continues to uphold the “One China” principle.

In the new world order, our leaders must know how to work quietly with networks behind the scene. Moreover, they must be astute and they must also know how to engage with tyrannical regimes. In other words they must know how to practise diplomacy. Those who forget that it was some Machiavellian Chinese dude who wrote The Art of War do so at their own peril.

One way for Singapore to avoid kena hantamed again and again is for our leaders to be circumspect in what they say in the international arena.

When Defense Minister Ng Eng Hen told parliament that the Terrexes were “protected by sovereign immunity” and “cannot legally be detained or confiscated by other countries” a spokesman for China’s ministry of foreign affairs immediately responded by saying “I hope the relevant parties can be cautious in their remarks and actions.”

If that’s not a threat, tell me what it is. You think the evil empire cares a fuck about our sovereign immunity? It’s even building airstrips in the South China Sea, and encroaching into territories belonging to other countries – one reason why Rodrigo Duterte from the Philippines is now sucking Chinese dicks to protect his own smelly Filipino ass. Moreover if China can tell prospective US Secretary of State Rex Tillerson to watch his mouth, it can tell the rest of the world to go fuck themselves too.

I’m not suggesting that our leaders do the same, and start sucking Chinese dicks; no, no way – we must not and cannot become beholden to any superpower but let’s just be careful what we say.

There’s no need to always be among the first to open our big mouths to criticize and condemn other people, as if we ourselves are so bloody perfect. We’ll become a laughing stock and a ready target for bullies, which is exactly what happened.

Careless and asinine comments such as those made by our ambassador-at-large Bilahari Kausikan some time ago (“We cannot be China’s mouthpiece, which is fundamentally what they want”) are not helpful.

Big mouths like him will get us into deep shit. If you have our country’s best interests at heart, you would be exercising discernment and wisdom in choosing your words with extreme care and deciding whether to speak or not. It is better to shut the fuck up and be suspected of being a moron than to open your mouth and confirm that you are indeed a moron.

I would have thought that our leaders would be mature and sensible enough in their words and conduct, but I guess I am expecting too much. Just look around, some of the nutcases and clowns we have running our government today really really worry me.

Times like these I wish Lee Kuan Yew and some of the old guard are still alive to set things right. I said “some” because some of those old fogies were equally vacuous, in my humble opinion. As for Kuan Yew, he walked the talk as far as Singapore’s “One China” position is concerned – he stopped his visits to Taiwan when then president Lee Teng-hui’s started pivoting towards the idea of an independent Taiwan.

However, Singaporeans in general are not stupid, most of us are united in our hearts and capable of knowing what is right and what is wrong but for a small little country’s leaders to verbalize our thoughts in public in such a retarded manner is to trigger the start of “megaphone diplomacy,” precisely the very shitstorm we were warned about during last week’s Parliament by Foreign minister Vivian Balakrishnan, another kid and lightweight famous – or should I say “infamous”? – for his big mouth.

Big bullies are always spoiling for a fight but what do we teach our kids when they get bullied in school? We tell them to walk away, that they can always return to fight another day. We tell them not to be provoked into providing the bullies the reactions they are trolling for. We tell them that the bullies of the world will one day crumble under their own buffooness because every dog has its day and one day even the top dog will have to bite the dust and eat shit one day.

Have our leaders been schooled in such things, I wonder.