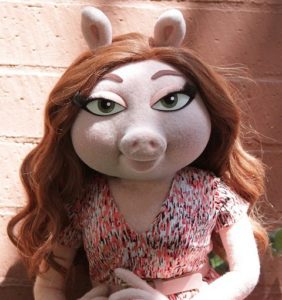 She’s prettier than the bitch I met.

I was in a taxi line the other day when a woman with a child was seated in an odd position somewhere along the line causing me to wonder if she was part of it or just resting. If she was also waiting in line for a taxi, she would be right in front of me. So in the nicest possible manner I asked if she was in the line; if not I would just bypass her and move forward. She stared daggers at me before quickly snapping “Can’t I wait here?!” and then thinking that her English was probably too cheem for a fat old botak Chinaman like me, she switched to Singlish “I cannot wait here isit?! Huh?! Cannot ah?! Huh?!” Her tone was combative, her body language antagonistic and her facial expression screamed “Who the fuck are you stupid old fart?! Are you even qualified enough to speak to me?!”

The child with that bitch looked mixed so she was probably married to some ang mo.

And lots of local Singaporean women – be they Chinese, Malay or Indian – married to white men exhibit a superiority attitude that is so disgusting and puke-provoking.

I have said enough about this and if you are really interested to know my thoughts and what I have observed about this phenomenon, I urge you to read an old post of mine by clicking here.

The colonial masters might have been gods in my grandfather’s time, but not anymore.

So damaged goods like you with a face like a train crash shouldn’t behave as if the rest of us are all underprivileged and unfortunate idiots just because some clueless ang mo is retarded enough to marry a whore like you way past your sell-by date while we poor losers have no choice but to marry spouses of our own race. Yes, that’s a mighty long sentence even Cambridge grads would have problem crafting without the aid of at least five dictionaries and two thesauruses.

Go out more often Miss Puta. Take your kid to the zoo. Walk right into the gorilla enclosure. You’ll be safe. Even the gorillas have better taste than to copulate with an ugly fuck like you.