America, the Fucked Up Cuntry 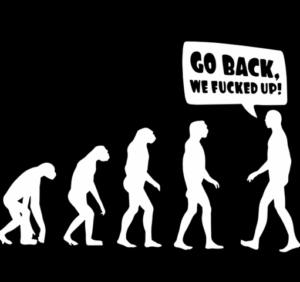 Thousands of demonstrators are expected to turn out in Washington for protests aiming to “shut down” the inauguration of Donald Trump as the next US president.

Protesters will attempt to close down 12 security checkpoints at the US Capitol, where Trump will take the oath of office today, January 20th, and along the 4-km parade route down Pennsylvania Avenue, according to leaders of a group called DisruptJ20.

“We want to shut down the inauguration,” organizer David Thurston told a news conference. “We want to see a seething rebellion develop in this city and across the country.”

DisruptJ20, which is working with Black Lives Matter and other protest groups, said it also planned predawn blockades and disruptive demonstrations during inaugural balls in the evening.

Some 300 DisruptJ20 volunteers will work to mobilize demonstrators for a series of protests the group has dubbed the”Festival of Resistance.”

“We are not in favor of a peaceful transition of power, and we need to stop it,” said another organizer named Legba Carrefour.

Protest organizers said they were concerned with the potential for violent clashes with Trump supporters. “We are definitely worried about our safety, so we’ll be training to help keep people safe,” they announced.

Interim DC Police Chief Peter Newsham told reporters that authorities are ready for any attempt to disrupt the festivities.

“The fact that you have some folks that are indicating on social media that they’re coming to shut down the inauguration events is something that we will be prepared for,” Newsham said.

Ladies and gentlemen, boys and girls, uncles and aunties, this is America! America, the last bastion of democracy, a cuntry where people shout the loudest about democracy; a cuntry whose denizens lecture the rest of the world about the greatness of democracy, but also a cuntry where some very severely brain-damaged retards still cannot accept the results of a presidential election. Only in America! What a great cuntry!

Sorry I meant to say what a fucked-up cuntry. (The misspelling is intentional.)

A cuntry of batshit crazy hooligans.

Get over it and move on, shitheads! And grow up please! Let the rest of your fellow Americans – those with brains – move on.

“She beat him by nearly three million votes!”

Sorry morons, Americans don’t elect their presidents by the popular vote but by Electoral College votes and in the end, they are the only votes that matter.

And Trump had those votes firmly in his grasp.

Trump received 304 electoral votes, well above the 270 needed to win the presidency.

What was interesting is that idiots hoping for some kind of last-minute Electoral College reprieve from a Trump presidency might have been surprised. More voters defected from Democrat nominee Hillary Clinton than did Trump. Yup, read that again – the fact of the matter is that more Electoral College voters supposedly backing Clinton switched their votes than those supposedly backing Trump.

There are valid reasons to not hold elections based on popular vote. The founders of the American constitution were wise enough to realize that right from the very beginning.

Like it or not, on January 20th 2017, which is today, Donald J Trump will become the 45th president of the United States. In spite of recent wailing and gnashing of teeth, with crackpot schizoids screaming that he is not a legitimately-elected president, Trump won that position fairly and squarely and in full accordance with the rules established by the American Constitution. That’s a fact that shit-for-brains cretins like David Thurston and Legba Carrefour and their ilk can take to the bank.

And if they find it so distasteful they can always move to Ethiopia and fuck goats and eat vomitus.