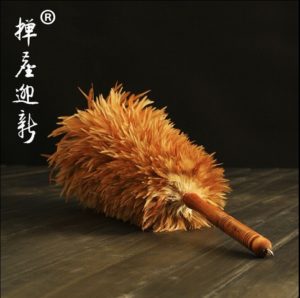 Children in the neighborhood are making helluva lot of noise, cull them!

My sister-in-law’s three kids (straight out of DSM-5) are the worst-bred, most ill-mannered brats on planet earth, cull them!

The neighbor next door has two kids who look at you as if you are transparent; totally zero EQ, cull them!

Thanks to Agri-Food & Veterinary Authority of Singapore for the inspiration!

AVA has slaughtered 24 free-ranging chickens around Thomson View and blocks 452 to 454 Sin Ming Avenue, after it received 20 complaints last year from residents, mostly about the birds being noisy.

Oh those kids I mentioned don’t stand a chance!

Yes, chickens got killed cos they make noise?

Those Thomson View and Sin Ming Avenue residents must be real assholes. Ditto AVA. By the way, those complaints could have originated from just one nutcase for all we know, and AVA could have culled some endangered red jungle fowls along with the other chickens.

The Year of the Rooster is turning out to be a bad start for these regal birds but among chickens, only roosters crow loudly, not hens. Hens never crow and are generally quiet. (I’m not talking about my Rosmah Mansor here.) They – the hens, the feathered ones – make just a wee bit of noise, when announcing the arrival of a freshly hatched egg. (Who wouldn’t? That short-ass Philip Yeo laid only smoke bombs and maybe a foundation stone or two yet he screamed like a peacock while strutting around like a little Napoleon with a short dick. He even made a career out of it.) The sounds made by the hen, however, are short-lived and never happens at night. When it does happen, they last only a few minutes and take place only once every 24 to 36 hours. Trust me, I know all about chickens. Scientifically, chickens may have the potential to generate a noise level of 70dB, but it is a noise level they rarely reach and that 70dB-level is measured very close to the chicken, at a distance of 2 feet. The inverse distance law predicts that at ten times the distance (20 feet), the sound pressure would drop a tenth, equivalent to a decibel drop of 20dB. That means that a chicken making a 70dB sound will translate to humans hearing it at 50dB which is roughly equivalent to a quiet conversation at home.

And for this level of “noise” those retards at Thomson View and Sin Ming Avenue had those poor chooks killed?

No “silent” chickens exist unless their vocal cords are surgically removed – which is an option with those kids I mentioned if culling them seems too inhumane – but the noise chickens generate should be regarded as the sweet sound of nature.

I was on assignment in a neighboring country once for a year and though I lived next to the university, each morning I could hear roosters crowing. Typically, roosters crow couple of hours before dawn and I was delighted by the fact that I was privileged to once again enjoy that sound of these “natural alarm clocks” from my childhood days.

Today at my apartment, squawking mynahs outside my window wake me up every morning, not a very melodious sound no doubt, but it is nature and I welcome the birds. I don’t reach for the phone and summon the authorities to come and kill them.

Singaporeans should ask: Would we rather listen to the usual cacophony of dogs that can bark all night long, power tools, mating cats, copulating humans,  loud pounding from a mortar and pestle, motorcycles, car alarms and the myriad of other loud noises frequently heard in our neighborhood than the therapeutic sound of nature?

If Thomson View and Sin Ming Avenue residents themselves are completely, utterly, 1000% silent, then maybe they have every right to ask for the chickens in their midst to be killed, but methink we should all be more tolerant. Cos if not, you yourself may be the next one who will get culled. When these Thomson View and Sin Ming Avenue douche bags grow old one day, their grand kids will have them culled for their relentless loud farting.

You can trust me on that.