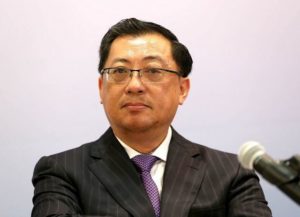 Mr Wong Heang Fine, what you did ain’t fine!

Wong Heang Fine, Surbana Jurong’s CEO, is a real sensitive guy. When 54 of his employees were sacked, he couldn’t sleep for a week, lost his appetite for his Chinese New Year reunion dinner and donated his entire year’s salary to help the families of the 54.

In addition, like Mordecai of the Old Testament (see Esther 4:1), Wong tore off his clothes, put on sackcloth, rubbed ashes on his head and face and walked out into the city wailing loudly and bitterly while beating his chest.

The cold, hard, brutal truth is that Wong had those 54 sacked BEFORE Chinese New Year and in a Hitlerite email uncovered by the press, Wong made the pronouncement that “the company could not allow a small proportion of poor performers to drag down the rest of the organization.”

The tactic of the bottom 1% having to go for the sake of the other 99% is the oldest trick in the book. It used to be fashionable – in American companies especially – to fire the bottom 1% every year to keep the rest on their toes.

Surbana Jurong’s board is said to be a list of who’s who in the corporate sector, and its senior management includes a former top civil servant who previously headed two statutory boards.

But the Temasek Holdings-owned company was openly rapped last week in Parliament by no less than Manpower Minister Lim Swee Say, who declared that it was unacceptable for Surbana Jurong to publicly label the 54 employees it recently axed as “poor performers.”

The two unions that represent the company’s workers hit back as well.

One union leader claimed that Surbana Jurong did not follow due process and challenged the company’s assertion that the axed workers were poor performers, saying that eight were either re-employed after they reached retirement age or had their contracts renewed.

(Other shenanigans emerged from employees’ complaints – one, whose company was acquired by Surbana Jurong, wrote to the press saying that Surbana Jurong – unlike many other companies – does not have the practice of paying salaries earlier during festive months.)

As for the sackings, the company later admitted grudgingly that the process could have been better managed.

If this is how a Temasek-linked company does its HR, one wonders what other companies are getting away with.

If indeed poor performance is an issue, employers share the blame too.

Straits Times’ manpower correspondent Toh Yong Chuan weighed in by saying that “The dismissals came at a time when the economy is slowing and more workers are losing their jobs. The prospect of the sacked workers finding new jobs is dim. The timing also compounds workers’ fear that Surbana might have axed them to avoid paying retrenchment benefits.”

He added: “And, for the rest of the employers in Singapore who watch this saga from the sidelines, the bottom line is clear. Employers have the power to hire and fire, and no employer owes any worker a living. But, it does not hurt for them to treat workers with sensitivity, compassion and dignity, especially when the workers have to be let go.” Wise words.

The Manpower Ministry’s investigations into the Surbana Jurong cases are supposed to be ongoing.

I hope the Ministry has the moral courage to do the right thing.

One question it must ask is what is the role of HR, the so-called custodian of organizational conscience in all of this? I suspect, most times; heartless, cold-blooded HR is being willingly used as henchman of the equally heartless and cold-blooded clods who run the company perched comfortably at the top of the ivory tower. And is it sheer coincidence that Surbana Jurong’s Group Chief HR Officer used to work for an American company for 17 years?

Surbana Jurong’s HR should be sacked.

Along with the CEO.