Who is a Hero? 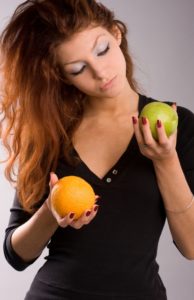 If you spend heaps of money to raise a champion who wins an Olympic gold does that make you a Singaporean of the Year?

I have no answer to that question, being the simpleton that I am.

What I do know is that Singaporeans who have proven themselves truly outstanding definitely deserve our adulation and emulation and should certainly be given due recognition.

But why pick just one individual as Singaporean of the Year?

All 12 nominees in the recent very unoriginal Singaporean of the Year award sponsored by a leading local newspaper and a bank are extraordinary Singaporeans noted for sacrifices, courageous acts or nobility of character – each is a hero.

But each is outstanding in his or her own way.

To name one person as Singaporean of the Year kinda negates the achievements of the 11 others because there is no way all 12 nominees’ accomplishments and feats can be measured equitably. To do so, one must “compare apples with apples” and “oranges with oranges.” It is as inequitable as TV shows like America’s Got Talent; how does one measure the talent of a singer versus that of a sword-swallower? The basic premise of such a contest is flawed right from the beginning.

The 12-year-old Singaporean boy who rushed to the aid of a pregnant woman involved in a car accident – while others were busy taking photos with their cell phones – is no less heroic than the 54-year-old security officer who underwent 10 hours of surgery to donate 60% of his liver to a complete stranger or the 50-year-old mechanic who generously gave 6,000 bucks to fund the studies of a former drug addict he met at a bus stop.

Similarly, the cook who led a team of six to clinch a historic victory for Singapore at the Culinary Olympics in Germany is no less a hero than those doctors who alerted us to Zika.

And surely our persevering paralympic swimmers are no less worthy of exaltation than Joseph Schooling’s devoted and farsighted mum and dad.

Isn’t it more meaningful to simply recognize say, 12 Outstanding Singaporeans of the Year on an annual basis instead of voting just one nominee as Singaporean of the Year?