The Birdbrains at AVA 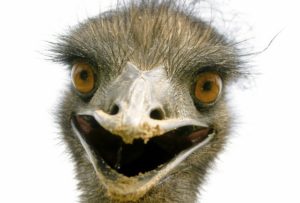 Twenty complaints about noise led to the culling of free-roaming chickens.

The Agri-Food & Veterinary Authority of Singapore admitted that in a letter to The Straits Times on February 2nd.

Then on February 15th its more tualiap head honcho wrote a letter to the papers contradicting his subordinate by saying that the culling was actually to protect Singaporeans from bird flu and had nothing to do with the complaints about noise.

AVA cited a 2004 report by the United Nations’ Food and Agriculture Organization and the World Organization for Animal Health to justify its action.

But contrary to the AVA’s assertion, that very report does not claim that wild or “free-roaming” fowl should be culled as part of biosecurity measures and instead recommends culling for poultry kept under farmed conditions.

A more recent update on the FAO website states that culling of wild bird populations is not recommended, as it may disperse infected birds and does little to reduce the risk of transmission to commercial poultry.

The February 15th letter seems like a pathetic attempt to rationalize away AVA’s action and to cover up its cock-up. No pun intended.

And, today, February 20th yet another letter, this time to TODAY,  was written by the director-general saying “We do not cull wild birds for bird flu prevention.” His letter was titled “Chickens are domestic poultry and pose bird flu risk.” He went on to explain that chickens when mingling with wild birds can become exposed to the bird flu virus which can then be transmitted to human beings. He didn’t say how that can happen though.

One reader named Norman Ng retorted “So what is considered WILD? Are the crows, sparrows, pigeons and mynahs ROAMING freely around our HDB areas considered WILD or Domestic?”

AVA lends no clarity at all.

If anything, it adds to the confusion.

In any case, government-linked organizations must remember that they are beholden to the public.

Unlike decades ago, every mother’s son – and daughter today – has a smartphone and can Google for facts.

You can’t pull wool over our eyes anymore.

We have grown up.

AVA seems to think that this whole chicken culling episode is some comedy routine!

All the AVA board (that’s a body even more tualiap than the two clowns who wrote those confusing letters contradicting each other) has to do is to say “We are sorry that our hasty decision to cull the chickens have ruffled so many feathers. We will be more conscientious in our decision-making from now on and we will review our processes immediately. To demonstrate our remorse to bird-lovers, our director-general will be transferred to Jurong Bird Park, where he will be kept away from fowl play and where his main role is to stroke the cocks in the Park while spending a psychiatrist-prescribed amount of time in self-reflection.”

Case closed. No more cock-a-doodle-do. Enough clucking! On to our rendang ayam.

But truth be told, the flap over AVA’s heavy-handedness is not unexpected but if that is all that vexes Singaporeans, then LKY must be smiling in his grave.

In any case, AVA has lost its credibility completely. Who believes what it says anymore? Anything that emanates from AVA from this point onwards will be regarded as yet another government-linked organization “talking cock” or crowing about it’s greatness in yet another attempt to add yet another feather in its cap, at the expense of clarity, transparency, openness and truth.