A Pipe with a Mouthpiece made of Ivory 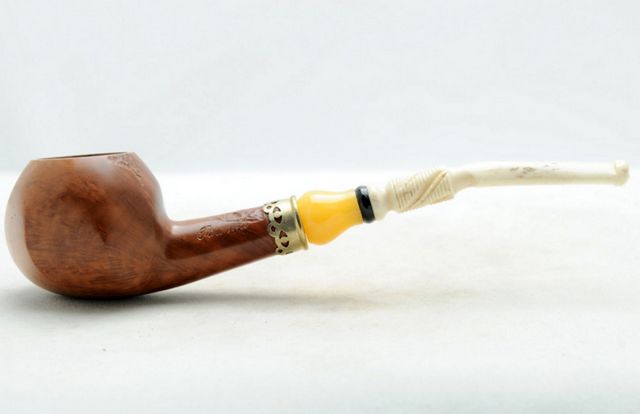 On March 1st, the Minister of State for National Development Koh Poh Koon announced that the sale of ivory here will soon be banned as part of Singapore’s commitment to tackle the illegal ivory trade and support elephant conservation.

The authorities are working out details of the implementation, and Dr Koh did not provide a timeframe for the ban on domestic trade to be introduced.

When that happens, I’ll never be able to purchase another pipe such as the one shown above, which is the only pipe I own that has a mouthpiece made of ivory.

(By the way, that yellow “thingie” is amber, and the metallic part is silver.)

If you purchase such pipes from Paronelli, please note that in my opinion, the sellers behind the Paronelli site are ripoff artists and scammers. Not only are their pipes badly made, with stems badly bent beyond any angle of acceptance, there is simply no pride in craftsmanship at all. This is especially those pipes they sell that are supposed to be unsmoked, vintage pipes. So be warned, they have already conned me of three such pipes.