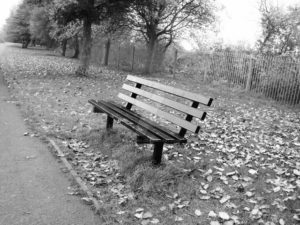 Attended the funeral of a friend yesterday.

Cause of death was myocardial infarction – heart attack, in layman terms.

But honestly, I think he died of a broken heart.

About a year ago my friend had no choice but to travel all the way to the US to sign a business contract.

He didn’t have enough airline mileage points to upgrade to business class, which would make the flights to and back more bearable because he had had spine surgery before and his back wasn’t 100%.

His son who works for a global conglomerate and flies all over the world, has accumulated heaps of airline mileage points but he refused to use them to upgrade his old man to business class. Said such mileage points are not transferrable and also that he wanted to keep them for travels with his fiancée.

My friend was a relatively successful entrepreneur whose modest import export business had put four kids to college. He was a thrifty man and while he would splurge on his family, and spoil them with lavish gifts and meals, he would never dream of buying a business class ticket for himself, even if it was for business-related trips.

After that flight, his back problems escalated and a second surgery didn’t help.

His health went downhill since.

Then came the heart attack.

Sure, filial piety cannot be forced, and people are free to do whatever they want, but what kind of a son are you to look at your father in the eye and blatantly lie to him that you are not able to redeem your miles for his upgrade when you know a long-haul flight will probably worsen his condition?

Has the world changed so much?

Or am I so out of touch?

What happens to people’s conscience?

Not being able to understand something exasperates me to death.

As we get older, the question of who will keep an eye on us is likely to loom larger in our minds.

If you’re counting on your kids, you can forget it.

Your kids would rather cook expensive wagyu steaks for themselves in front of you and pair them with a bottle or two of 2001 Chateauneuf du Pape which they quaff while you – ignored – sit in a quiet corner to wolf down a shitty three-dollar meal bought from the kopitiam nearby.