Making a Mountain out of a Molehill 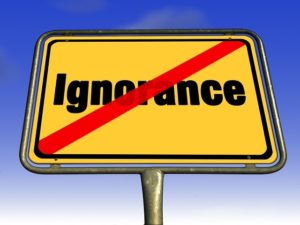 Bigotry in the name of religion is still bigotry.

The movie Beauty and the Beast started its run in Singapore on March 16th.

Prior to that, the National Council of Churches warned parents about the movie and its possible influence on their children who watch it.

At the same time, the Roman Catholic Archdiocese of Singapore cautioned that parents must discern and reflect with their children on whether the lifestyle portrayed in Beauty and the Beast is consonant with the teaching of Christ. The parents, exhorted the Archdiocese, must explain the implications and the consequences of such a lifestyle for themselves and society.

Yes, these comments were made even before the movie was screened here. Did members of the NCC and the Catholic Archbishop had prior access to the movie and have actually watched it themselves to evaluate its contents?

The movie has caused a stir in some countries. Russia banned it from anyone below 16 years old. Malaysia wanted to cut a part showing a gay moment, leading to Disney withdrawing the movie from Malaysia altogether. After the buffoons in Malaysia and their decision snowballed into international news, the country finally relented and has now agreed to allow the movie to be screened. Yup, the retards next door seem to have a penchant for creating global headlines.

I was invited to the movie on March 17th and you can bet I was looking out for that one gay moment.

I found out that, at the end of the movie, LeFou, the sycophantic sidekick to Gaston, the film’s conceited asshole of a villain, pairs up with another man in a blink-and-you-miss-it moment at a dance. The other man was in woman’s clothes due to a curse put on him by the enchanted wardrobe, Madame de Garderobe.

Yes, the entire uproar is over an extremely short moment – about two seconds –  that will likely be missed by most people anyway, and certainly by most children, who has a far shorter attention span than adults.

Plus, it definitely cannot be considered an “exclusive gay moment” – a phrase that has been carelessly bandied about –  because in the scene, lots of other couples are shown dancing in the same scene. To be exclusive, the cinematography must exclude, and the camera must zoom in and focus exclusively on LeFou and the other male for an extended period of time. This did not happen. Also, that short scene, meant to provide comic relief, can hardly be interpreted as an endorsement of any “lifestyle.”

Some would argue that throughout the movie, LeFou’s mannerisms and adulation of Gaston are an indication that Disney attempts to “normalize” homosexuality, but being effeminate does not mean that one is gay any more than being a Pope makes you a Catholic or being a church-goer makes you a Christian. From my personal experience, and from my up close observation for several decades, I for one, can be 100% sure, that some church pastors themselves are not even Christians and some who are, are hypocrites of the worst kind. Some, not all. You know who you are, and God knows your heart. So don’t give me this “holier than thou” horseshit. Enough said.

Malaysian Censorship Board chairman Abdul Halim Abdul Hamid even claimed that there is an earlier scene when LeFou pulled up his shirt to reveal a love bite on his tummy.

However, publicists for the movie deny there is such flashing of a love bite.

Malaysia’s deputy home minister, Nur Jazlan Mohamed weighed in, declaring that “the elements portrayed in the movie will influence us.” I suppose for someone whose IQ score is probably smaller than his shoe size, they would indeed!

Morons like Abdul Halim Abdul Hamid and Nur Jazlan Mohamed living life on government payroll should perhaps focus their energies on finding the lost Malaysia Airlines MH370 instead of scrutinizing people’s tummies for love bites. How perverted is that?!

To create a scene – pardon the pun – over a Disney musical is akin to brewing a proverbial storm in a teacup.

Yet, sadly, this is enough for the movie to be lambasted and for Russia’s decision to screen it only to those above 16 and for Malaysians who were almost denied opportunities to enjoy this entertaining motion picture, to now watch it under a rating of PG13, which means they can only watch it with “parental guidance.”

What a frigging joke!

The world is already proliferated with brainless government leaders – look at a small country like ours with millionaire ministers, many of whom are scholars with impressive university degrees, yet we can’t fix our taxi problems – and all we need are retarded religious leaders chipping in, stirring shit.

Religious bodies, more than any other organizations, should get their perspectives right and while they may not approve of the practices of some segments of the population, they must strive to aim for inclusiveness, acceptance and tolerance – qualities stressed by our leaders as crucial for the building of a harmonious nation.

Please note that I am NOT a gay activities, nor am I an anti-religion zealot; I am NOT like that piece of shit named Amos Yee. I just feel that religious organizations should not drive a wedge between people they deem to be different versus those they consider to be normal. To be honest, the fact that there are thousands of Catholic priests all over the world accused of child sex abuse hardly qualifies the Catholic Archdiocese to make grandstanding and sanctimonious statements about morality.

The same need for some self-examination goes for Malaysian officials who should perhaps focus on efforts to find that missing plane as well as to reduce the number of sex crimes and what seems to be increasing cases of incest in their own country, a concern raised even by ex-strongman Mahathir Mohamad.

Peaceful members of the LGBTQ (lesbian, gay, bisexual, transexual and questioning) community live and work among us. These people already have enough problems of their own. To cast aspersion on their “lifestyle” is to imply non-acceptance and infer that they should be condemned, and what will such thinking lead to ultimately? Public lynchings? This is not only out of touch with today’s reality and is so so wrong! Surely this cannot be what religions and government officials teach. Indeed, what are we teaching our kids? Are we telling our children to shun LGBTQ people?

Let’s not be the beast in Beauty and the Beast! More importantly, the stance taken by the Catholic Archdiocese and the National Council of Churches also runs counter to Singapore government’s vow that the section of the penal code called Section 377A will not be enforced.