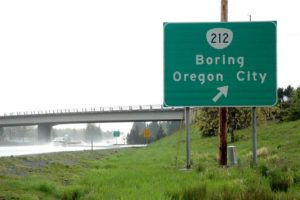 Men and women who control billion-dollar business empires in attendance.

Suddenly one man seemed to be convulsing, his body reverberating.

What happened was he happened to take a quick peek at his smartphone and saw this headline:

In Singapore’s most commonly-spoken Chinese dialect, Hokkien, Pang Sai Pond means “Pond for Defecating” and in Singlish – which is a bastardized version of English most people here speak when they communicate informally –  it would simply mean “Pond for Shitting.”

When he shared it, after we showed concern for his quivering body – he was actually trying to stifle his laughter – he showed us the headline.

It took 20 minutes for the very serious board meeting to be restored to order.

What the heck is it with Singapore names?

Is there a conspiracy to make the names here appear lame and funny?

If there’s humor in these acronyms, I fail to see it.

I see us as a laughing stock instead.

We claim to be number one in just about every damn thing but when it comes to names, we are a long road away from being smart about them.

Some years ago, some retards in high places commissioned a name consultant for advice on a new name for Marina Square, and those cons came back, kept the fat fee, and said “Nothing wrong with the name, let it stay.”

And we once even held a naming contest for our budget terminal at Changi and the winner of the contest was some idiot who named it “Budget Terminal.”

I am sure there’s a historical reason for it, but who in his right mind would name a pond Pang Sua Pond?

Must be graduates of NUTS or STUDS who didn’t waste too much brain power to SUSS it out.