There are More Mercenary Doctors than you Realize 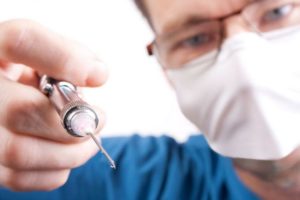 The medical profession has more shenanigans than you would ever imagine but when a member of the public wrote to the press recently in a letter entitled Critical for private medical providers to change their ways, a doctor responded with his own letter entitled Errant doctors hurt their own reputations.

The doctor who wrote this seemed to be operating in la-la land.

It is a fact that doctors do send their patients for unnecessary tests and procedures and even surgeries, in addition to other forms of mischief they commit. (A 66-year-old doctor was just being charge for raping and molesting a patient, and this wasn’t the first such case here.) Instances of patients being shuffled from pillar to pole for a series of tests and procedures seem to be increasing. Anecdotal evidence supports that, just ask your family members, friends and friends of friends. My bad back has probably financed many doctors and their families and their numerous overseas vacation trips and after all these years with all kinds of treatment, no relief is in sight. Some HR department heads of companies I consult with have had to plead with their company doctors to go easy on referring employees for unnecessary tests and procedures.

The doc who wrote the letter said that because patients are smart and knowledgeable, errant doctors’ behavior would be curtailed. However, doctors are in authority positions and their opinions carry weight, making them insidiously influential. If the Internet tells me my heightened palpitations are normal but a doctor – an authority figure who is medically-trained – suggests that I spend a thousand bucks for a heart scan at his friend’s clinic, just to be sure, I would spend that money. The fact that Medisave can be used for such tests lessons the pinch financially, leading to a proliferation of unnecessary tests and medical procedures being conducted. Since it doesn’t really hurt my pocket, let’s go do that test, just for peace of mind – that’s the mentality. This is compounded by the fact that very few doctors today are good clinicians – they would rather send patients for tests, letting machines do the diagnoses.

The good doctor also mentioned that doctors form a close-knit circle and this would prevent professional misconduct. The fact that doctors form a close-knit circle is the very reason why gullible patients are not necessarily protected from unscrupulous ones. Let’s face it, some doctors today are practicing medicine not because it is a calling or because they are passionate about healing. It’s mainly about money, prestige and social status. Trust me, I’ve met a few of those – completely money faced, and totally lacking in EQ, interpersonal or communication skills and bedside manners.  One of these can come to you and be all sweet and friendly because they have a request, and the next day ignore you when you pass them in an empty hallway. So, retards like these and the unprincipled ones cover up for one another, and, in the end, patients suffer.

Exploitative conduct among other professions do not always end in iatrogenic outcomes, but bad doctors can result in patients being worse off.