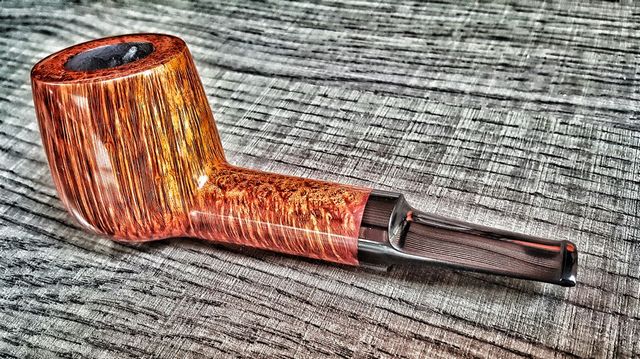 A true collector can never have enough S Bangs; since my first Bang, I’ve added several to my cache. Pictures of a couple can be found somewhere in this blog. The one above shows my latest Bang.

According to the system introduced by Svend Bang in 1970, Bang pipes for the US market are stamped with year and number codes and the personal stamp of the carver. The number is not a grading stamp – it just indicates which pipe it is.

For example, 9736 with the stamp PH would indicate that it was the 36th pipe made by Per Hansen in the year 1997

There are no grade stamps on US pipes – all S Bangs are high grade.

Why aren’t S Bang pipes carved by the man himself?

Well, Svend Bang himself tried carving pipes but eventually gave up. Until his retirement in 1983 he has always hired some of the best craftsmen to craft high grade pipes. He passed away in 1993.

Most Bangs bound for the European market are stamped with letters to designate the grade in the following ascending order: