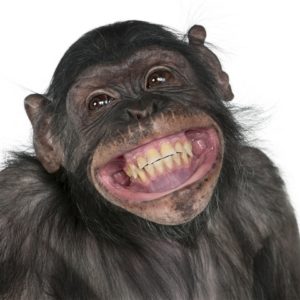 My best friend Phil responded to my last post by saying “you provided a sound analysis of marriage and composed a pretty accurate picture of looking many years down the road. Yup, your wife does in time come to look like her mother. I just saw my ex after many years and what you said is a fact. I’ve made that same observation in the past but the notion really became more of a reality when I saw my ex.”

Phil shared another gem of truth with me. He said “maybe the only one thing that eluded you in your advice on/analysis of marriage is what I can only think to call at this moment: copycat behavior.” He added that such behavior is “another potential warning sign about the predictability of what makes some marriages last and others not last.”

What is copycat behavior?

Phil went on to explain “When I first met the love of my life, it seemed we had many many things in common; but the specific example I am going to use are books/reading. My love liked to read and curiously – this is retrospective – she liked to read some of the same books as me. Ten years ago, on a visit to her house I was quite shocked that her bookcase (if you could call it that) was all but empty. It had some stupid junk in it but nothing that constituted what an inquisitive mind would be reading.”

Phil continued by saying “So, imagine if you will, two factors: First – in the beginning – she was only mimicking my interests. Second, can you imagine me still being married to this now, mostly vacuous woman?”

Phil raised a darn good point. Have a gal who’s ultra and extraordinarily crazy about what you’re crazy about? Time for reality check! Be wary of behavior modeling after her hero (or object of desire) just to get close when in reality her genuine interest could lie in other topics. Example, still books but not the same genre.

Can’t keep up that act for long.

To be fair, your beloved ought – and is expected – to express and demonstrate interest in whatever excites you, but if someone (who until recently is a stranger) suddenly displays so much desire to know about your expertise as an earthworm breeder  (when she doesn’t even know what worms are in the first place) to the extent that she signs up for a PhD in earthworm breeding, then alarm bells ought to go off in your head.

I mean the big head.