Why I’m Singing in the Rain

Fox umbrellas have been hand-made in England since 1868.

I opted for a “solid” meaning the handle and stick are made from one continuous piece of wood and is, therefore, almost as strong as a walking stick and can actually be used as a walking aid. 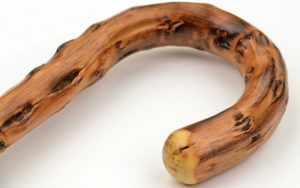 The handle of a Fox Congo Crook Solid Umbrella in my collection.

And in Milan, Francesco Maglia makes great umbrellas too.

“Chino,” as he likes to be called, is the fifth-generation descendant of another Francesco Maglia, the man who in 1854 founded the Maglia Umbrella Company in a town near Brescia, in northeast Italy.

The company relocated to Milan in 1876.

The Maglia Umbrella Company is so famous CNN did a documentary on it. 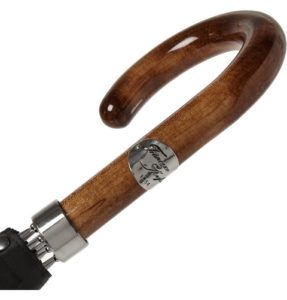 The handle of an umbrella made by Francesco Maglia.

Both brollies cost me something like one thousand bucks. I know that’s heck of a lot of moolah. But one cannot put a price on craftmanship, or pride of ownership, it lasts a lifetime, a thing of beauty is a joy forever, yada, yada, yada, and yes, most of all, YOLO!

For me, none of those cheap, factory mass-produced shit from China.